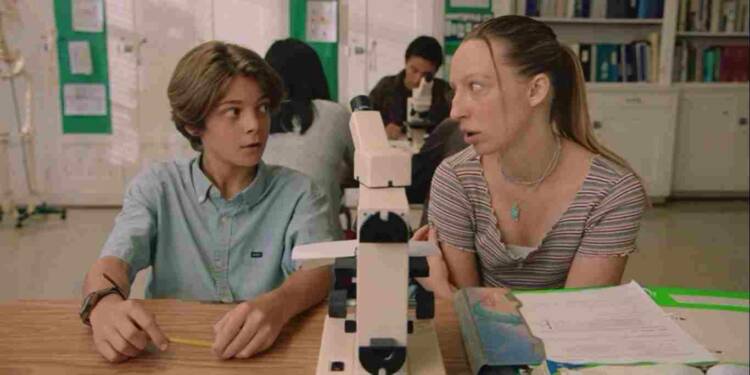 Lincoln Jolly is an actor and a popular social media figure from the United States. He came to limelight after his acting in the tv series PEN15. In this article we are going to talk about the biography, career, notable works, films and family of Actor Lincoln Jolly so read the article till the end.

Lincoln Jolly began acting and modeling and quickly rose through the ranks, winning numerous first and second place awards while competing against hundreds of other youngsters from all over the world.

The Jolly family was invited to visit Los Angeles in the spring of 2014, which they did. During this time, Lincoln signed with a management and a talent agent, and he began training with a variety of coaches to enhance his skills.

The Jolly family decided to permanently relocate to Los Angeles after pledging to spend the summer of 2014 there to pursue Lincoln’s aspirations full-time. Lincoln’s first film was Eddie and the Aviator (2015), a short film for Warner Brothers that was released in December of 2015.

When Lincoln Jolly was a boy growing up in Louisiana, he had the opportunity to appear in a children’s musical theater production, and it was then that he discovered his passion for acting. Lincoln’s potential was seen by a family acquaintance, who suggested the family meet with a mother agent who was preparing a group of kids for an upcoming talent competition.

Bondilyn Joy and Ethan Jolly gave birth to Lincoln Allen Jolly on July 12, 2005, in Slidell, Louisiana, United States. Lincoln and his sister, Peta Jolly, were the youngest of two children reared in a home rich of creativity and creative stimulation while immersed in the distinctive culture of living in New Orleans.

New Orleans is a city in Louisiana located near the Gulf of Mexico on the Mississippi River. New Orleans is known around the world for its unique music, Creole food, dialects, and annual celebrations and festivals, including Mardi Gras.

Lincoln Jolly is a passionate and kind child who believes in helping others and giving back to the community.

As an educational experience for himself and his pals, he chooses a different charity each year for his birthday and helps generate awareness, finances, and/or much-needed goods for that organization.

His trainers and directors compared him to a youthful Jared Leto or River Phoenix when he was a young actor.

He is a dedicated and eager worker who hopes to collaborate on a project with his favorite actor, Leonardo DiCaprio, in the future.

Hulu renewed the series for a second season of fourteen episodes in May 2019, with the first half premiering on September 18, 2020. The series’ second season will be the series’ final season, according to reports from November 2021.

We hope this biography article of Lincoln Jolly will be helpful for you to understand his journey and works.