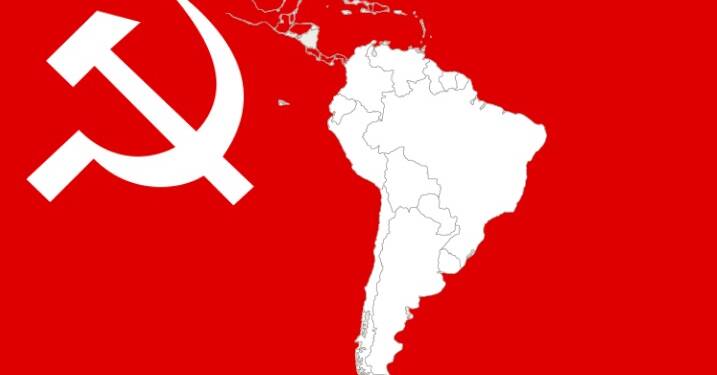 The hopeless always tend to romanticise even the smallest events, and why not, what else do they have to base their existence on. This is exactly the state of Communists and left-authoritarian fanboys in South America. The whole left-wing cabal went into a celebratory furore as soon as the left-leaning candidate from Chile Gabriel Boric won the election. However, the celebrations were short-lived. Gabriel Boric distanced himself from the Nicaraguan and Venezuelan regimes in an interview with the BBC aired on January 21.

In a matter of hours, some of the intellectuals and political elites who had cheered Boric’s victory turned on the Chilean president-elect with bitter polemics. President-elect Gabriel Boric of Chile believes that the socialist regimes of Venezuelan President Nicolás Maduro and Nicaraguan President Daniel Ortega “failed.” Not only this but the population in Chile is also vehemently against the leftist regimes as well as the problems that they have created for the Chilean people.

Latin America: Once a bastion of Communism

Latin Americans struggled with the problems of foreign dominance, social inequality, and poverty during the twentieth century. In these fights, Marxist popular movements, political parties, and intellectuals were frequently essential protagonists, providing a solid foundation for trenchant socioeconomic critique, broad social mobilisation, and revolutionary organisation. Marxist ideas, parties, and organisations influenced social movements, politics, and culture even in nations where they never had a large following or a continuous electoral presence.

Cuba was one of Latin America’s most developed countries by the mid-century, according to most social and economic metrics. The Cuban Revolution made significant advancements in health and education, although, to be honest, sacrificing economic efficiency for social goals. In response to the persistence of extreme socioeconomic inequality and political repression, rural guerrilla conflict and urban terrorism exploded across most of Latin America in the following years. However, the upsurge gained more inspiration from the Cuban example, and in many areas, Cuba provided insurgents with training and material support.

However, as the Soviet Union collapsed and Cuba lost its main foreign partner, the Cuban Revolution lost much of its lustre, even in the eyes of the Latin American left.

With Venezuela as an example: South Americans don’t want the spread of Communism

Now coming back to Chile, there has been an increase in the number of persons arriving in Chile as a result of the economic catastrophe in Venezuela. A video showing two Chilean police officers being attacked at a checkpoint by suspected Venezuelan drug dealers sparked the demonstration, which drew 4,000 people.

Despite recent epidemic limitations, Chile, one of the wealthiest countries in South America, has been a popular destination for many Venezuelans. However, there have been rising tensions in the country over border control, with migration and crime among the top concerns of voters in last year’s presidential election.

In an interview with BBC Mundo released last Friday, January 21, Chile’s leader Gabriel Boric repeated his scorn for Venezuela and Nicaragua, when asked if he identified with any of the region’s “leftist dictators.” He said that he believed the issue to be “very much relevant to Venezuela and Nicaragua.” In the case of Nicaragua, he just said vaguely that he couldn’t “find anything [of value] there.”

He knows, that he can only be a mild socialist and not an all-out communist if he wants to maintain his hold on the power. For the socialists to have a semblance of influence in the region, they cannot over-extend themselves and slip into internationalism. They will need to cater to the nationalist population and any attempt to digress will only shorten their tenure.