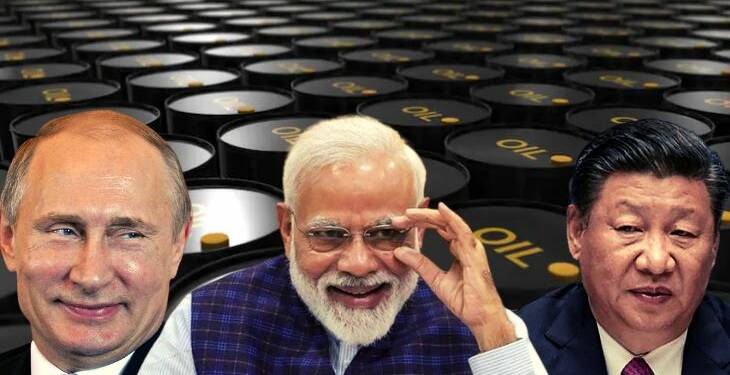 The world has talked so much about the depth of the ostentatious China-Russia relationship. The western media often describe the so-called “alliance” between the two nations as rock-solid or as one that can’t be broken. Now, after analyzing China’s ambiguous stance throughout this whole Russia-Ukraine crisis, it can be said that the relations between the two giants overwhelmingly corresponds to a marriage of convenience.

China may have stressed its strong ties with Russia over the past years; the rift in this relationship has now been laid bare. Following Russia’s invasion of Ukraine and its pursuit of the reunification campaign, China has sneakily joined the ranks of nations like the US and UK in imposing trading restrictions on Moscow.

Bloomberg on Friday reported that Chinese crude oil importers have now halted oil imports from the Russian Far East region. Chinese companies don’t want to be caught in the crosshairs as NATO-member nations still mull over possible sanctions on Russia’s energy sector and putting the nation off the SWIFT payment system.

Adding to that, the instability in the Black Sea has also worsened the Chinese companies’ woes. This has resulted in a mind-numbing increase in shipping charges. So, Chinese companies have now steered clear of the tumultuous waters amid news of Japanese and Turkish cargo ships coming under missile attacks off Ukraine’s shores.

The Russian economy is not a strong one and the country can’t stand protracted and heightened conflicts. Any prolonged crisis in Ukraine can not only hamper Russian energy exports but also cripple Russia’s economy.

So, at this time of crisis, if any nation decides to halt its trade with Russia, it will surely have disastrous ramifications for the Russian economy as well as its political stability. Simply put, China has left Russia to fend for itself at a time when Moscow needed Beijing’s assistance the most.

Read More: Here is how the next 48 hours in Ukraine will look like

India steps up its efforts to support Russian economy

But, on the flip side, India has stepped up its efforts to rescue Russia’s faltering economy. Indian state-backed refiner Indian Oil Corp is believed to have bought Russian Urals crude for the first time in two years. Reuters reported that IOC bought 2 million barrels of Urals crude from European traders Vitol and Trafigura, which will be delivered in April. This means that India has effectively blocked the West’s efforts to disrupt Russia’s oil supply chains.

On the other hand, India is also working to soften the sanctions blow by exploring ways to set up a rupee payment mechanism for trade with Russia. Various European nations, barring Italy and Cyprus, are calling for putting Moscow off the SWIFT payment system to neuter Russia’s trading regime. Now, India’s rupee payment mechanism would open a window for Russia to trade with India using the Indian currency.

India considers Russia a strategic partner. Moscow also enjoys a friendly reputation within Indian masses, and thus India has emerged as Russia’s biggest supporter amid this crisis. On the other hand, an opportunist China has conveniently chosen to side with what it calls “western aggressors”, and left Moscow in the lurch.