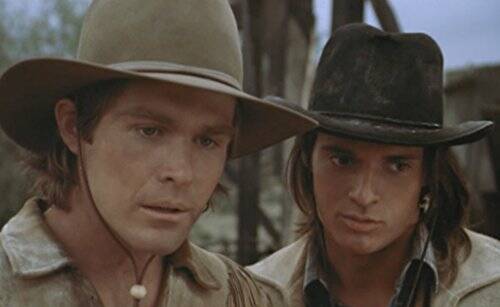 Gregg Rainwater is an American actor and art director. He was born on February 27, 1966 in Flint, Michigan, USA. Flint is the largest city in Genesee County, Michigan, and the county seat. It is a major city in the Mid Michigan region, located 66 miles northwest of Detroit along the Flint River. In this article we are going to talk about biography, career and films of Gregg Rainwater so read the full article here.

He turned down a theater & music scholarship after high school to move to Hollywood. Gregg Rainwater is of Native American (Cherokee/Osage), Irish and Filipino descent.

Gregg Rainwater acted on Osage, Cherokee, Irish, and Filipino ancestry best known for his roles as half-Kiowa Buck Cross on The Young Riders (1989–1992) and T. Hawk in Street Fighter The Movie (1994).

He’s also worked as an art director on America’s Got Talent for three seasons and as the Art Director on “American Idol – Idol Gives Back” in April 2010. Gregg was nominated for a 2010 Primetime Emmy award for his role as Art Director for ‘American Idol’ – Idol Gives Back’ on July 8, 2010. Rainwater is also a singer who has performed with the Warren Youth Chorale in England.

In 2015, he worked in the audio book Rain of the Ghosts as Alonso Cacique and Billy Zekaris.

The Young Riders is an American western television series created by Ed Spielman that depicts a fictionalized account of a group of young Pony Express riders based at the Sweetwater Station in the Nebraska Territory during the years leading up to the American Civil War (some of whom are young versions of legendary figures in Old West history). The sitcom started on ABC on September 20, 1989, and lasted three seasons until July 23, 1992, when the final episode aired.

Gregg Rainwater played as Tye Longshadow in the Young Justice TV Series. Young Justice is a Cartoon Network superhero animated television series created by Brandon Vietti and Greg Weisman. Despite its title, it is an original narrative set in the DC Universe with a focus on teenage and young adult superheroes, rather than a direct adaptation of Peter David, Todd Dezago, and Todd Nauck’s Young Justice comic book. This was the biography article of influential Gregg Rainwater and we can learn so many great things from his life and we hope that you enjoyed this article too. Please follow us for more news and updates on twitter : @tfiglobal