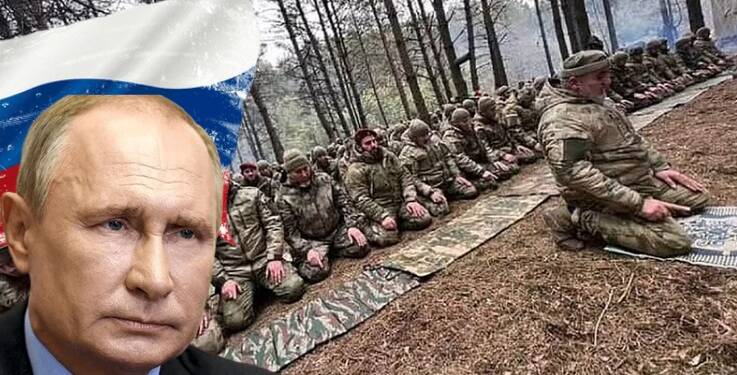 On February 21, Russian President Vladimir Putin declared Donbas independent, emphasising that Ukraine is a product of Bolshevik communism, casting doubt on its sovereignty. According to Putin, after the dissolution of the Soviet Union, Russia always collaborated with Ukraine, respecting its interests. However, in Kyiv, “parasitism began to prevail over collaboration with the west,” and corruption “actually pervaded and undermined Ukrainian statehood, the entire system, and all branches of authority.”

Among his stated objectives, one was the removal of a puppet regime that is serving the interests of the common people of Ukraine and the other was making sure that Ukraine remains de-militarised. While the tone and demeanour were extremely serious, Putin has time and again reiterated the brotherly bond between Ukrainians and Russians with the undertone of East Slav connect. Till now, this approach towards the offensive in Ukraine can be sold, but, things can take an entirely different turn if Chechen fighters are involved en-mass.

This is because this conflict could spiral into a conflict between the adherents of Orthodox Christianity (Ukrainians) and Sunni Islam (Chechen).

The Chechen angle in the Russia-Ukraine war

In Ukraine, a squad of Chechen special forces called ‘hunters’ has been despatched to detain or assassinate a number of Ukrainian officials. According to news reports, each soldier was given a special ‘deck of cards’ with Ukrainian officials’ photos and descriptions on them. The list includes officials and security professionals accused of ‘crimes’ by the Russian Investigative Committee. The Chechen team is believed to be waiting in a Ukrainian forest, with an ‘order to kill’ if people on the wanted list could not be captured.

There is speculation that people labelled as “Nazis” by Moscow will also be targeted. Putin earlier stated that one of the main goals of the operation was to ‘deNazify’ Ukraine. Ramzan Kadyrov, Chechnya’s leader and a close Putin friend, was said to have visited his men in Ukraine, according to state television of the republic.

While till now the orders have been specific and these targeted, if the Chechen forces are allowed to indulge in offensive operations in Ukraine, then the Russian Federation will lose any and every shred of support. Because then people will not think that the ‘special operation’ was to purge the country of western puppets; it will seem as if Vladimir Putin allowed the adherents of Islam to run over the adherents of Orthodox Christianity.

Both Russia and Ukraine claim to be descended from the Rus, also known as Ancient Rus, a monarchy that existed in the 10th century and united multiple tribes and clans of various nationalities under the Byzantine (Orthodox) Church. The Russian and Ukrainian peoples’ histories diverged after the Mongol conquest of Kievan Rus’. However, beginning in the mid-17th century, Ukraine was progressively integrated into the Russian Empire, and by the late 18th century, with the partition of Poland, Ukraine had been completely absorbed into Russia.

Not only this but notwithstanding the differences, both Moscow and Kyiv are seats of important orthodox Church and thus share an inseparable bond. In 988, under the leadership of Vladimir the Great, the first Christian church in Ukrainian territory was formed with its centre in the city of Kyiv. However, later in the 17th century right to ordinate, the Metropolitan of Kyiv was given to the Moscow Patriarch.

While many changes have happened since then, these two nations have immense similarities. So much so, that the Russian soldiers are taking all the care in the world to minimise civilian casualty. However, with the entry of the Chechen fighters, this equation will change entirely, and in the long term, it will be difficult for Vladimir Putin to minimise the resentment that Ukrainians will hold for the religious humiliation.