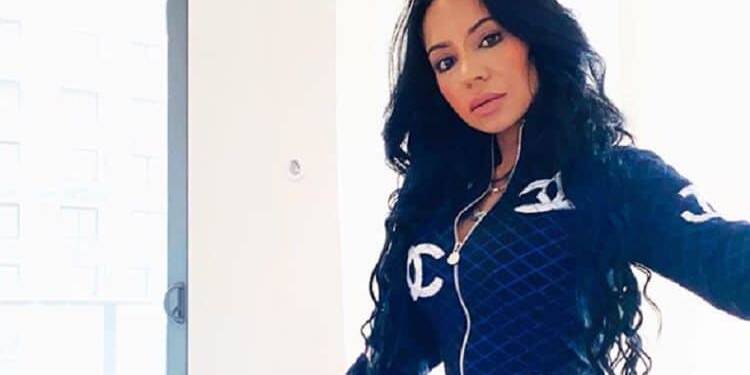 Dayana Castellanos is an American woman who rose to stardom as a reality television personality, while spending the majority of her adult life trafficking marijuana in South Florida. Dayana became a reality celebrity through the popular American reality show Cartel Crew after she put up her drug-dealing profession after spending a couple of years in prison. This is a VH1 show where former drug traffickers come to tell their stories about their lives. In this article we are going to talk about biography, career, notable works and family of Dayana Castellanos so read the full article here.

Apart from reality television, Castellanos is a social media influencer who is well-known on the photo-sharing platform Instagram, where she has amassed thousands of followers.

She joined twitter in 2017 and has been active since then. However she is not very popular on the platform and her account has been followed by only over 4k people. Her account can be reached at @Dc0825_ on twitter.

Dayana Castellanos decided to join Katherine Flores in the popular reality television show Cartel Crew while seeking to get clean from any drug-related business, which marked her career breakthrough in 2019. Life story and biography of Dayana Castellanos is so motivational and many people can learn lesson form her life.

Ex-members of several drug cartels who have opted to leave the business gather on the set of the Cartel Crew to tell their stories to the public. Most of the cast members were clearly born into the drug business, as their parents were previous drug lords, based on the stories they told. Castellanos, on the other hand, appears to be unique in that she was already an adult and married when she came into contact with marijuana. She started into the industry with the intention of finding greener pastures.

Castellanos has paid her debts for her role in the illegal drug trade and has decided to start over, free of any nefarious dealings. She is now concentrating on being a good mother to her children by running a legitimate business. For the time being, reality television is her only known source of income.

Her Instagram account also lists her as the CEO of Dope Media Group and the Owner of @miracleleafsouthmiami, a medicinal marijuana dispensary. In other words, Dayana never truly quit the marijuana industry; he just found a legal way to do it.

While Dayana’s broadcast appearances have garnered her a lot of attention, she may be even more popular on social media. When she started posting lifestyle images on her Instagram account, her popularity skyrocketed. Her Facebook page has almost 20,000 followers, indicating that she is quite popular.

Net worth of Dayana Castellanos

The TV celebrity and her family must have made a lot of money over their two years in the drug industry, and while her net worth is unknown, there are claims that she is worth up to $2 million. The reality TV star has now cleaned up her act and is now a legitimate celebrity. Her involvement on a major reality TV show appears to be paying off, and she has also used social media to transform herself into a legitimate celebrity with many revenue streams.

Dayana Castellanos appears to be a married woman with children based on her life story, yet her husband remains incarcerated for drug trafficking. Her children are supposed to number four in total, although their identities have never been divulged in public. She is apparently attempting to have her husband released from prison.

We hope this biography article of Dayana Castellanos will be helpful for you to understand her journey and works.