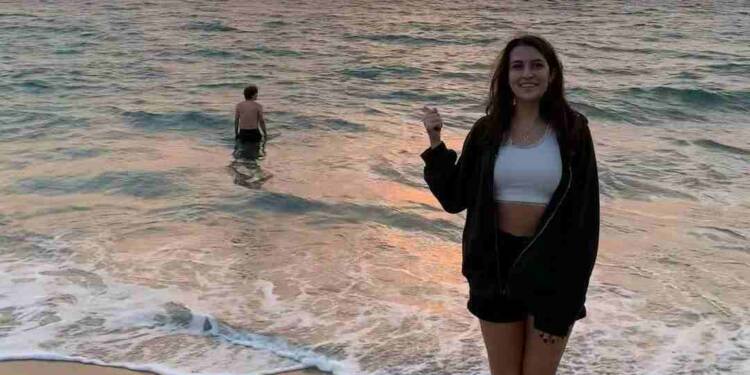 Kalynn Koury is a well-known YouTube personality and a social media sensation. Together with her brother Weston Koury, she operates the popular Youtube channel Sinjin Drowning. Over 389k subscribers watch the brother-sister duo’s vlogs and video gaming material. Kalynn Koury is also well-known on Instagram, where she has over 291k followers on her kalynnkoury account. In this article we are going to talk about biography, career, notable works and family of Kalynn Koury so read the full article here.

She also has a joint Instagram account with her brother, sinjindrowning, that has 103k followers. Kalynn Koury is a well-known twitch streamer with over 91k followers on her kalynnkoury channel.

She has more than 150k followers on twitter and can be reached at @kalynnkoury. She joined twitter in 2014 and has been active since then.

Also Read: X factors about Joseph IDV: all you need to know

Kalynn Koury began her YouTube career in 2017 with the launch of her self-titled channel Kalynn Koury. She began creating vlogs, pranks, and challenge videos, but her channel did not find traction. She and Weston, on the other hand, launched their joint YouTube account in 2018. (Sinjin Drowning). “#1 – Lying To Millions Of Teen Followers” was the title of their debut video. The duo became well-known for their oddball vlogs and amusing gameplay videos. They currently have hundreds of thousands of subscribers on their YouTube account.

She has amassed a sizable following on Instagram thanks to her eye-catching photos, earning her a spot among the platform’s most famous personalities.

Also Read: All you need to know about vlog creations and starting out

Kalynn Koury was born in North Carolina on August 14, 2000, but later moved to New York. She is Weston Koury’s older sister. There isn’t a lot of information about her parents. Her astrological sign is Leo.

She enjoys video games and refers to herself as a gamer. Among us, Minecraft, Roblox, and Grand Theft Auto 5 are some of her favorite multiplayer games. Kalynn Koury revealed that she holds a communication degree on a podcast episode. She didn’t stay in college for very long, graduating after 2.5 years.

She also has a minor in Psychology, which she claims she enjoyed more than communication. Kalynn also plays lacrosse and is “quite good” at it, according to her.

Kalynn Koury has stated that she prefers New York to North Carolina and that she has no plans to return to her hometown. Kalynn expressed her preference for vlogs over video game material. Her brother Weston, on the other hand, suggested that they start a gaming YouTube channel together. Sinjin Drowning was the channel’s later moniker.

Hooverr, Maya Higa, Elle Mills, and Drew Phillips are among her close friends on social media.

We hope this biography article of Youtuber Kalynn Koury will be helpful for you to understand her journey and works.