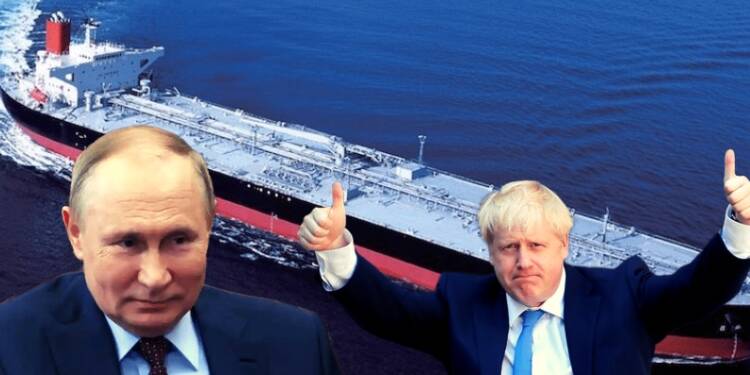 There is a significant difference between rhetoric and actions. While the United Kingdom among other western nations has declared sweeping sanctions on Russia, they have not employed similar sanctions on Russian energy exports. Ship-tracking data shows that Russian energy supplies were still being delivered to Britain, despite some dockworkers at a terminal in southeast England attempting to block a cargo in solidarity with Ukraine.

While there is an increasing sentiment among the people in Britain against importing Russian energy, but, the imports are consistent. All Russian-owned, operated, controlled, chartered, registered, or flagged ships were barred from entering British ports on Tuesday. However, it later stated that Russia could still transfer oil and gas to the United Kingdom because the sanctions were aimed at the vessel rather than the cargo.

According to Refinitiv Eikon shipping data, the Seacod oil tanker was docked in Liverpool on Friday after picking up an oil cargo from Primorsk, Russia. The Pearl LNG was moored at the Dragon LNG station in Wales. The Pearl LNG picked up a cargo of Russian LNG in a ship-to-ship transfer with the Yamal LNG-operated vessel Christophe de Margerie in France in mid-February, according to data intelligence firm ICIS.

Boris Johnson touted the likelihood of Russian oil sanctions on Monday, despite his German and Dutch counterparts expressing reservations. “Something that perhaps three or four weeks ago we would never have considered is now very much on the table,” he added when asked about the possibility of blocking Russian oil supplies to the United Kingdom.

“Some countries will find it sooner and easier than others, that’s all,” he said of lessening reliance on Russian hydrocarbons. “But we’re going to do it,” he added. The British PM was addressing at a joint press conference with his Canadian and Dutch counterparts, Justin Trudeau and Mark Rutte, who emphasised the “painful reality that we are still very much dependent on Russian gas.”

On Monday, oil, gas, and food prices spiked further, fueled by fears that western sanctions on Russia’s energy exports could worsen the cost of living issue. Gas prices in Europe have risen 18-fold in only one year, to a little over 800p per therm. Oil momentarily rose to its highest level in history, with Brent oil briefly reaching $139 per barrel before sliding back to $125.

Higher prices will increase electricity bills and gasoline costs considerably more than expected, as well as the cost of a wide range of commodities, putting a significant dent in living standards and economic growth.

Although the UK is less reliant on direct Russian oil and gas imports, prices are set internationally, so a supply disruption would have an impact on the UK. There is no rapid method to replace Russia’s 5 million barrels per day exports to global markets, which means oil prices will undoubtedly rise to the point where many buyers will be unable to afford it.

Sir Alan Duncan, a former British Foreign Office minister, has warned that if Russian energy shipments are further blocked, the UK faces a “dystopian economic collapse.” The Conservative MP, who used to work as an energy trader, said “we have to pull the emergency cord” to keep gas supplies flowing throughout Europe, but warned the UK government not to “sanction ourselves” in the process of competing with European countries to sanction Russia.