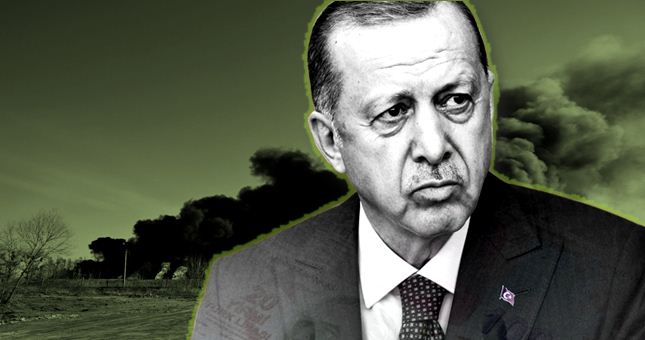 The Turkish economy was already in the doldrums; the Russia-Ukraine war has vehemently aggravated the economic crisis in the country. The war has gravely undermined President Recep Tayyip Erdoğan’s newly-launched economic model to shore up the Turkish economy.

Turkey desperately needs to bridge its current account deficit gap. So, the country was looking forward to boosting its exports and safeguarding its Lira deposits to soften the blow of skyrocketing inflation. Now, the war has resulted in all those efforts hitting a deadlock

Turkey’s tourism sector is the most affected of all. Turkey gets around 30% of its total foreign tourists from Russia and Ukraine. They make up around 15% of the total revenue of the tourism sector.

Al-Monitor reports that Russians were the largest group of foreign visitors to Turkey in 2021, numbering some 4.7 million or 19% of all tourists. Ukrainians ranked third after Germans, numbering about 2 million or 8%. Turkey was hoping to achieve the target of $35 billion in revenues this year from this sector. The war has totally upended the projections. 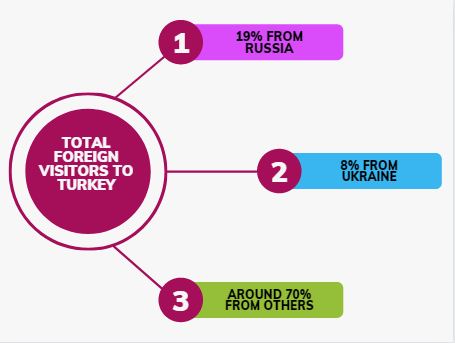 Another constant pain in the neck is Turkey’s heavy reliance on energy imports. Turkey meets around 30% of its gas demands by Russian gas imports. And the prices of gas and fuel have already skyrocketed this year. This means that Turkey will have to spend a lot more on energy imports than the last year, thus completely jeopardizing Turkey’s plans to bridge the ever-expanding current account deficit gaps.

Food prices have also experienced a dramatic surge in Turkey over the past two months. Supplies from Russia and Ukraine make up 70% of Turkey’s total sunflower oil imports.

Al-Monitor reports that at least 15 ships carrying crude sunflower oil to Turkey are reportedly stranded in the Sea of Azov, denied exit by the Russians. The industry experts of the country warn that the current reserves are expected to last by mid-April, following which the country may experience a severe lack of vegetable oil.

Given the rising escalation in Ukraine, there is no relief in sight for thousands of traders in the district of Laleli, the heart of the Turkish leather and garments industry.

Turkey is not directly involved in the Russia-Ukraine crisis. But, it has a bag full to lose should the Russian invasion continue to escalate steadily. Turkey, a NATO member country and a major supplier of arms to Ukraine, has been striving to broker a peace deal between the two warring sides, but with little success. It’s still unclear who’s going to emerge out as the winner of this ongoing battle in Ukraine, but it’s crystal clear that Turkey is already emerging as the biggest loser of all.

The Russia-Ukraine war is super profitable, and some American lawmakers have made fortunes out of it