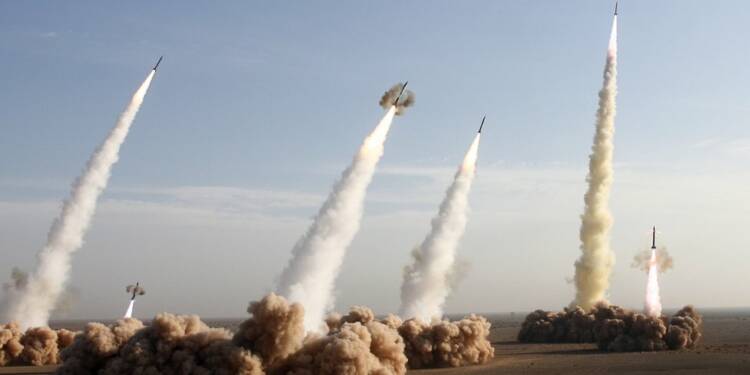 The geopolitics in the Middle East is really volatile. It was only a while ago when it seemed as if all the formalities for the new Iran nuclear deal have been concluded; however, things turned worse suddenly. As reported by AP, the U.S. recently seized the cargo of two tankers suspected of transporting Iranian oil as part of an elaborate sanctions-busting scheme involving forged documents and the repainting of a ship’s deck to cloak illegal shipments.

Details of the seizure were revealed in a federal civil action unsealed last month after the Greek-managed vessels discharged their lucrative cargo, valued at upwards of $38 million, at the request of US law authorities in Houston and the Bahamas. While the Iranian regime stayed relatively mellow on these actions, it was because they wanted to maximise their profits from the nuclear deal. However, with the countries involved not reaching a consensus, Iran has gone back to its old practices.

Days after international discussions on the Iranian nuclear deal stopped, Iran said it launched a missile strike in northern Iraq and halted talks on restoring diplomatic ties with Saudi Arabia. The United States, which is critical to resurrecting the nuclear deal that provides Iran with the possibility of sanctions relief, condemned the early Sunday attack in Erbil, Iraq. Iran’s Islamic Revolutionary Guard Corps claimed responsibility for the attack in Erbil, which is described as a “strategic hub” for Israel.

Missile attacks in Erbil and other shifts in Iran’s policy

Wendy Sherman, the United States’ Deputy Secretary of State, confirmed on Fox News that no one was injured or killed. In a statement, State Department spokesman Ned Price said, “The strikes were an unacceptable breach of Iraq’s sovereignty.” The White House issued a separate statement late Sunday condemning the attack, claiming that it targeted a civilian dwelling without reason.

Iran also “unilaterally and temporarily” halted discussions with Saudi Arabia on restoring diplomatic ties mediated through Iraq, according to Iran’s state-run Nour News. The episodes highlight the tangle of competing interests that has undermined security in the oil-rich Persian Gulf in recent years, as tensions over Russia’s war in Ukraine threaten to spill over into the area.

Iran and world powers halted nuclear talks on Friday after Russia demanded assurances from the US that sanctions imposed for its invasion of Ukraine would not affect its planned partnership with Iran. The decision hampered an 11-month diplomatic process aimed at easing limitations on Iranian oil shipments at a time when energy prices are skyrocketing and markets are shaky.

Iran’s strategy all along has been to maximise its gains before signing the nuclear deal with the US. However, this has placed Iran in a situation where it has neither the nuclear deal signed nor the sanctions lifted. And in such a situation, Tehran’s frustration is out in the open.

Recently, the US had seized Iranian oil cargo while Biden was considering easing sanctions on Iran. Now, with no particular incentive in sight, Iran has returned to its old practices, which include, fomenting proxy wars as well as escalating situations militarily in the neighbourhood.

According to Iraqi and US security authorities, up to 12 missiles were fired Sunday at the US consulate in Irbil, Iraq’s northern metropolis, with several missiles impacting the facility. IRNA, the Iranian state news agency, claimed without evidence that “secret Israeli bases” were targeted in the attack, citing local reports. While there were no overt losses, the larger message is that, after all the Iran pandering by Joe Biden, things are back to square one.