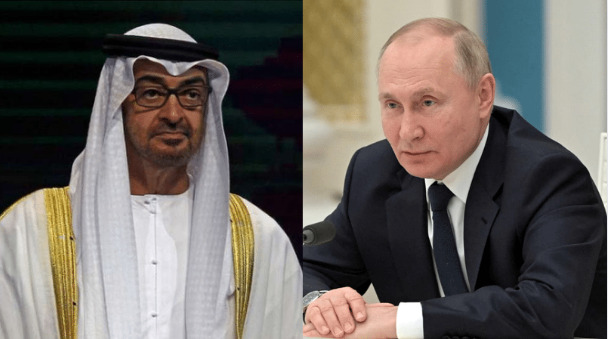 What can surely be called an unanticipated and out-of-the-blue moment for the international community, Iran suspended its so-called peace talks with Saudi Arabia on Sunday, without giving a reason for the decision. A day earlier, Saudi Arabia had carried out mass executions that included 41 Shi’ite Muslims.

Western commentariat believes this to be a major trigger for Iran’s discontinuation of crucial negotiations between Riyadh and Tehran, the success of which could bring lasting peace and stability to the Middle East. But there are also some other factors at play here, and nobody seems to understand what they are.

The Russo-Ukraine war has triggered oil prices to skyrocket. The high oil prices suit Russia’s interests. In fact, for over a year now, Russia and Saudi Arabia have had a tacit understanding that allows these two countries to control price fluctuations in the oil market. Saudi Arabia has refused to increase its daily oil output despite rising global demand, and so has Russia.

Now, in view of Russia’s oil being banned by the United States and other countries promising to phase out Russian oil soon, the market has gone ballistic. Prices have shot up. And Russia’s oil regime is striving to ensure the oil prices remain high in a bid to pile up more pressure on the US and EU.

Oil prices have climbed up to $140 a barrel in the aftermath of the war in Ukraine. But Russia got a major setback from the UAE last week, when the Arab nation decided to pump out more oil and stabilize the global oil market. United Arab Emirates said it would push the Organization of the Petroleum Exporting Countries (OPEC) to pump more oil, which was clearly not welcomed by the Kremlin.

Now, Iran suspending talks with Saudi Arabia should be seen against this backdrop as a warning by Moscow. If OPEC decides to take unilateral steps to increase oil output, Russia will ensure that it destabilizes the Middle East using Iran.

That would eventually lead to price hikes. What Moscow is telling the Arab world is that it would keep oil prices high, by hook or by crook.

Russia’s stern message to the Arab world—that all oil discussions must take place within the OPEC+ framework—has not been overlooked by the Arab world. As soon as the Emiratis got Russia’s message, the UAE did backtrack on its promising statement, which once again led to a hike in Brent crude prices.

The Arab world has now realized the fact that if it unilaterally increases the output of oil, which will eventually lead the oil market to cool down, Russia will use Iran to destabilize the Middle East. That will eventually lead to oil prices going even higher. So, Russia will ultimately get what it wants, only that in the case of it using Iran, things might get very bloody – especially in Yemen, Syria, and between Tel Aviv and Tehran.

As reported by TFIglobal, Russia has also been acting to jeopardize the JCPOA revival talks. The talks, which were being held in Vienna, have now been suspended. A deal was almost achieved, but Russia threw in some extra conditions undoing all progress made between Iran and the West. Russia is therefore using Iran to achieve its strategic interests, while the West flounders to make sense of Moscow’s moves.