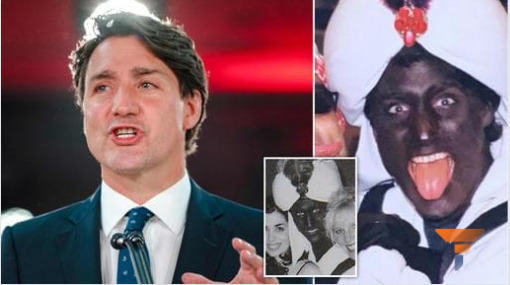 Just after forcefully ending peaceful protests by Canadian truckers, PM Justin Trudeau has come up with another tool to turn Canada into a woke authoritarian state. Laura Mae Lindo, a member of the New Democratic Party (NDP) has tabled an “anti-racism” legislation in Ontario. Bill 67 or the Racial Equity in the Education System Act, is the name of the proposed legislation.

The dilemma over such a controversial rule is that it is based on a broad assumption that many Ontarians and school pupils are racists. Despite there being no substantial evidence to back these claims, these ideas are being forcefully shoved down the throat of Canadians.

Such slanted legislation offends every Canadian, let alone Ontarians. The planned anti-racism legislation actually aggravates the problem it is supposed to tackle. Also, keep in mind that this proposed legislation in Ontario could very well become Trudeau’s national policy in the future.

So, the bill, if it becomes legislation, will end up providing Trudeau with a new tool to turn Canada into a hell hole for white Canadians.

In the bill, “anti-racism” is described as “the policy of combating racism, such as anti-Indigenous racism, anti-Black racism, anti-Asian racism, antisemitism, and Islamophobia.” And “racism” is defined as “the use of socially constructed ideas of race to justify or support the notion that one race is superior to another, whether consciously or subconsciously.”

You see, the discriminatory definition acknowledges the racism against Jews, Blacks, Indigenous peoples, and Muslims only. You’re out of luck if you’re of a different race or skin tone. The law would also combat “subconscious racism,” or the perception that one race is superior to another.

Following are excerpts from the bill, and the specific usage of certain words in certain formulations tells us the malice in the intent:

(1.1) Every person who disrupts or attempts to disrupt the proceedings of a school or class through the use of racist language or by engaging in racist activities is guilty of an offence and on conviction is liable to a fine of not more than $200″

(5.2) If the Minister learns, upon conducting an investigation or otherwise, that a member of the Council does not have a proven commitment to racial equity in the post-secondary education sector, the Minister shall require that member to take anti-racism training within the following six months.

Guilty on the basis of perception

It would enable you to become guilty on the basis of mere perception. It asserts that one group is always dominating and incorrect, while the other is always the victim. The worst part is, if you hurt someone’s feelings, or offend them, you can be persecuted without any ability to defend yourself. A person is immediately guilty because of hurting someone’s feelings, even if the person did not mean to.

The articulation of the bill tells us that it is racially biased against people of specific races and skin tones. The bill, in the backdrop of undemocratic practices of the Trudeau government, paints a very grim picture of the lives of White people in Canada of the 21st century.

It was not long ago when the Canadian government was struggling to end the trucker protest by any means possible. These measures included seizing the money that was lawfully raised by Canada’s pro-freedom volunteers. The Trudeau government even used brutal force to disperse and punish the protestors. These protestors were even dubbed as domestic terrorists, by the so-called ‘liberal’ Canadian government.

Canada, where lawful protests can be labelled as illegal, and where the protestors can be termed as terrorists; is on its way to becoming a country where innocent citizens might be purged by the government for crimes that they have never committed. The country will turn into the perfect Orwellian state that Justin Trudeau is desperately trying to build.