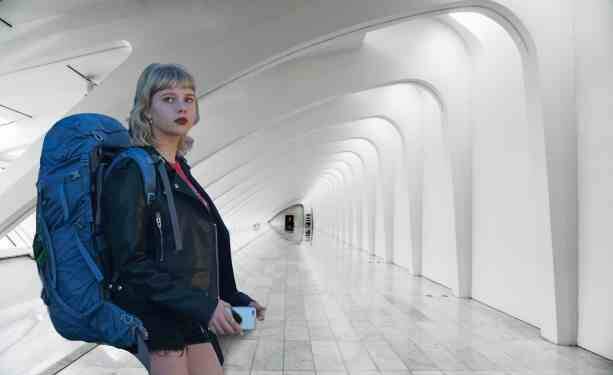 Ella Newton was born in Australia on Saturday, December 7, 1991 (age 30 as of 2021). Sagittarius is her zodiac sign. Ella completed her studies at Wesley College in Melbourne. Ella Newton worked in various plays during her college years, including A Midsummer Night’s Dream, God, Oliver, and others. In this article we are going to talk about biography, career, notable works and family of Actress Ella Newton so read the full article here.

Ella Newton is an Australian model and actress best known for her performance in the television series Harrow, a mystery drama.

She joined twitter in 2017 and has been active since then. Her account can be reached at @EllaKNewton. Her account has not been followed by a lot of people and she has only over a thousand followers on twitter.

Rhonda Stuart is Ella’s mother, and John Newton is Ella’s father. She has a sibling.

Ella is dating Feacha, an artist who goes by the name of Feacha.

Ella began her acting career at Wesley College, performing in productions such as A Midsummer Night’s Dream, God, Oliver, West Side Story, and others. Ella’s major break in acting came after she graduated, when she was cast in the ABC television series Newton’s Law (2017). Ella began working on the mystery drama series ‘Harrow’ in 2018.

Biography of Actress Ella Newton is incomplete without talking about his television presence so here are some Movies and web series where she she caught people’s attention.

Harrow is an Australian television drama series that aired for three seasons, each consisting of ten episodes. On March 9, 2018, ABC broadcasted the opening episode of the first season. The second began on May 12, 2019, and the third on February 7, 2021. Ioan Gruffudd starred in the series, which was conceived by Stephen M. Irwin and Leigh McGrath, who also wrote the script. In February 2021, Gruffudd made his directing debut during the third series.

SeaChange is an Australian television show that aired on the ABC from 1998 to 2000 and again on the Nine Network in 2019. It starred Sigrid Thornton, David Wenham, William McInnes, John Howard, Tom Long, Kevin Harrington, and Kerry Armstrong and was created by Andrew Knight and Deborah Cox. Michael Carson was the director. Stella Connors is played by Ella Newton (Season 4).

Despite its success in Melbourne, Neighbours struggled in Sydney and was canceled by Seven four months after it premiered. It was quickly commissioned for a second production season by rival network Ten, which began airing on January 20, 1986.

Neighbours has subsequently gone on to become Australia’s longest-running drama series. It was recognised into the Logie Hall of Fame in 2005.

Ella is an animal enthusiast who posts pictures of dogs and other animals on her Instagram account.

She is the proud owner of two pet dogs.

Ella enjoys gardening and has set aside a space in her home for her plants.

We hope this biography article of Australian Actress Ella Newton will be helpful for you to understand her journey and works.