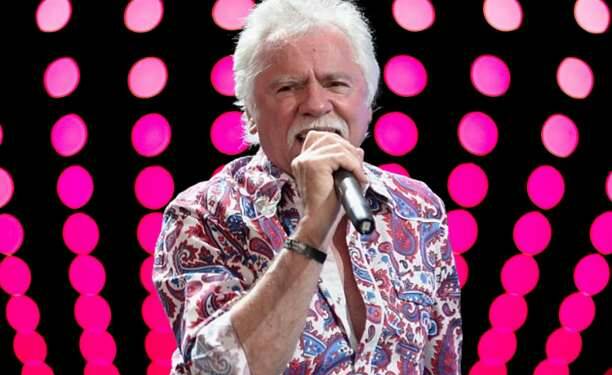 Since April 1973, Joseph Sloan Bonsall Jr. popularly known as Joe Bonsall has been the tenor of the country/gospel vocal quartet The Oak Ridge Boys. He was born on May 18, 1948. He’s also a writer. Bonsall has a solo chart credit alongside Sawyer Brown in their 1986 single “Out Goin’ Cattin’,” on which he was credited as “Cat Joe Bonsall,” in addition to other hits as a member of the Oak Ridge Boys. In this article we are going to talk about biography, career, book and notable works and family of writer Joe Bonsall so read the full article here.

Joe Bonsall published The Molly Books, a four-part children’s book series, in 1997, and GI Joe and Lillie, a book about his parents’ lives during and after WWII, in 2003. Joe also penned the text for the Oaks’ coffee table book, An American Journey, as well as the title tune for their CD The Journey. His Christmas story, An Inconvenient Christmas, was also published by New Leaf.

From My Perspective, a compilation of essays, stories, and other works, was published in September 2010 by Journey Press, a part of Sheaf House. Originally released in 2008, Christmas Miracles is a collection of short stories and remarks that was revised in 2012.

Joe is an accomplished songwriter and writer. With The Molly Books, a four-book series released by Ideal’s Children’s Books in 1997, he became a published children’s book author. G. I. Joe and Lillie: Remembering a Life of Love and Loyalty, an inspirational biography Joe wrote about his parents, was released in 2003 by New Leaf Press.

The Oaks’ Colors album, published the same year, featured his song of the same name. The song’s music video resurfaced in the summer of 2009 and quickly became a YouTube sensation with over five million views. On the Road with the Oak Ridge Boys, his most recent book, was published by Harvest House Publishers in May 2015.

Joe’s enthusiasm for the Philadelphia Phillies reflects his upbringing in Philadelphia, Pennsylvania. “I live and die with the Phillies, no matter where they are,” he says. Going home to Philadelphia and taking my folks to two World Series games was one of the pleasures of 1993 for me. That was fantastic.”

Joe Bonsall has lived in Nashvillian for about four decades and is a Titans football fan. When he is in town, he and his wife Mary go to Titans games. Joe Bonsall relaxes at his farm on the Tennessee-Kentucky state line, where he can be seen mowing part of his 350-acres on his John Deere tractor—or sitting on his front porch and playing his banjo, which he has been playing for almost eleven years! On the Oaks’ latest Rock of Ages CD, he performs a step-out lead.

Joe began singing when he was approximately four years old and fell in love with Southern Gospel music harmony in his mid-teens. He became a member of the Oaks in 1973, just as the group was breaking onto the country music industry.

We hope this biography article of writer Joe Bonsall will be helpful for you to understand his journey and works.