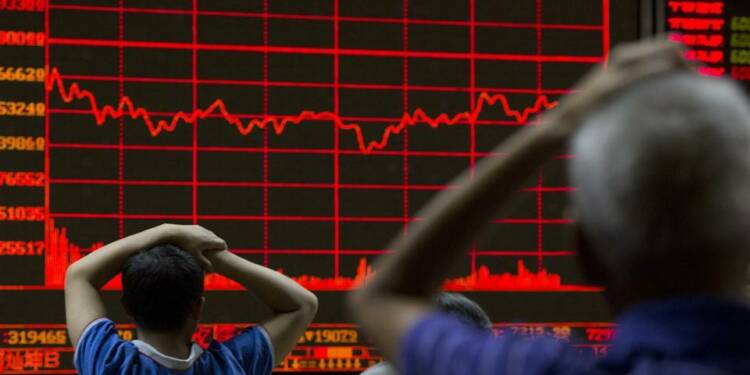 Markets across the world are suffering bloodbaths as a result of the Russo-Ukraine crisis. Investors are rushing to assess the conflict’s long-term ramifications for their assets as the battle has created uncertainty and unprecedented volatility in global markets. Chinese stock markets too, are facing the music due to Putin’s invasion of Ukraine.

On Monday, the Hang Seng China Enterprises Index fell 7.2 per cent, the most since November 2008. The Hang Seng Tech Index fell 11% in its most extensive decline since its inception in July 2020, wiping out $2.1 trillion in value since its peak a year ago.

Panic selling of Chinese stocks on the Hong Kong Stock Exchange was spurred by concerns about Beijing’s strong connections with Russia. Bloomberg reported that investors and fund managers were steering clear of Chinese stocks even after a whopping 75% decline in their values since the last year.

There are many reasons for this sudden collapse in valuations of Chinese stocks.

Reports of Chinese aid to Russia

Russia has requested military weaponry from China to help it sustain the invasion of Ukraine, according to a Washington Post report. While it is unclear what kind of weaponry or support Moscow has requested, China’s position has sparked speculation that it may succumb to Russia’s demands.

This led to the US officials issuing threats to the Chinese interests should China decide to help Russia avert the West’s sanctions on Moscow. US NSA Jake Sullivan, during a meeting with his Chinese counterpart Yang Jiechi, made it clear that “Any Chinese assistance to Russia — including helping it avert sanctions imposed by the U.S. and Western allies — would be costly for them.”

Following this, the Hong Kong stock market had a significant drop. Traders are worried that Beijing’s likely outreach to Putin will result in a global backlash against Chinese businesses, including penalties and sanctions, despite China’s denial. So, this led to investors engaging in an impulsive sell-off.

China recently reported 5,280 new coronavirus cases, the most since the pandemic began, as it faces by far its biggest outbreak since the early days of the pandemic. The Chinese stock market was also damaged by a COVID-induced lockdown in the southern city of Shenzhen, a crucial innovation hub and the northern province of Jilin.

Shenzhen’s shutdown could cause major disruptions to international supply chains as the city boasts some of the world’s largest ports and plays a crucial role in connecting U.S. and Chinese businesses.

Lockdowns have caused investors and experts to fear a halt in economic development, which has resulted in recent stock price declines.

Another reason for this bloodbath in Chinese stock markets could be the sheer political unpredictability in China this year. The Chinese Communist Party (CCP) will conduct its 20th National Party Congress in 2022, which is sure to shake up the CCP’s top echelons. For the upcoming institutional transition of the supreme leadership, there are two extreme scenarios: either Xi Jinping is re-elected for a third term, which would be unprecedented in modern history; or he is expelled by internal CCP factions and his political authority is neutralised before October 2022. Investors are pessimistic about the political stability that will follow.

There’s also a chance that Chinese companies will be delisted from US stock exchanges, as the Securities and Exchange Commission has mentioned specific names as part of a crackdown on foreign corporations that refuse to submit their financial information to US regulators. This could be one of the factors contributing to the growing scepticism among investors.

Despite China’s best efforts to improve its image and position itself as a global market leader, it is struggling to gain the trust of investors. As many large companies leave China and stock market turbulence grows, China will face greater difficulties in the future.