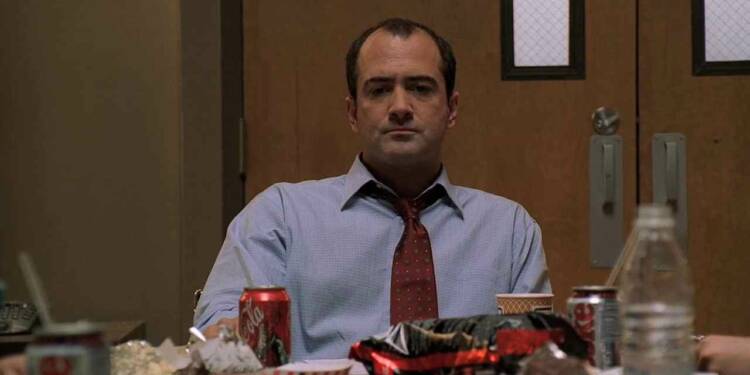 Matthew Joseph Servitto (born April 7, 1965) is an American actor who is best known for his roles as Special Agent Dwight Harris on “The Sopranos” and “Trask Bodine All My Children” (1989-1990), Deputy Brock Lotus on the Cinemax series Banshee and Representative Donatelle on “Brotherhood” (2006-2008), and Chipmunk in “Two Family House (2000),” and Eddie in “Hitch (2005).” Matt Servitto grew up in Detroit, Michigan, after being born in Teaneck, New Jersey. In this article we are going to talk about biography, career, notable works and education of Matt Servitto and we hope you will enjoy that.

On the series Brotherhood, Matt Servitto played Representative Donald Donatello, and on Sex and the City, he played Carrie Bradshaw’s editor Gabe. In the 1992 film Mad Dog Coll, he played Lucky Luciano. In the 2002 video game Mafia: The City of Lost Heaven, he voiced the character Sam.

Matt Servitto played Eddie in the 2005 film Hitch. He played a father grieving the loss of his daughter in the Body of Proof episode “Identity,” and he played NYPD Head of Intelligence Deputy Commissioner Soren in “Hall of Mirrors,” the twelfth episode of the first season of the CBS drama Blue Bloods, in 2011.

Matt Servitto has been a series regular on the original HBO series Banshee, which now airs on Cinemax, since 2012, in which he plays Deputy Brock Lotus, and on the Adult Swim television comedy Your Pretty Face is Going to Hell, in which he plays Satan. He also appeared in three episodes of the TV series The Blacklist as Dr. Sebastian Reifler.

He has a verified twitter account and has been followed by only over 14k people. He joined twitter in 2012 and has been quite active since then. He introduces himself as “Brock on Banshee, Satan on Adult Swim and a proud Sopranos alumni” on twitter. His account can be reached at @MattServitto on twitter.

Matt Servitto attended The Juilliard School in New York City and graduated with honors. The Juilliard School is a New York City-based private performing arts conservatory. The institution, which was founded in 1905, educates over 850 undergraduate and graduate students in dance, theater, and music. It is widely considered as one of the best theater, music, and dance schools in the world.

We hope this biography article of Matt Servitto will be helpful for you to understand his journey and works.

HOSA Meaning with Explanation and Definition