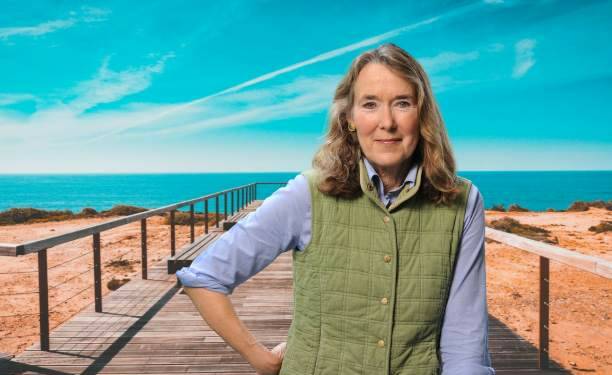 Leslie Cockburn is an investigative journalist and filmmaker in the United States. CBS, NBC, PBS Frontline, and 60 Minutes have all shown her investigative television segments. In this article we are going to talk about biography, career, notable works, political life and family of Leslie Cockburn so read the full article here.

She has received numerous awards, including an Emmy, the Hillman Prize, the Alfred I. duPont–Columbia University Award, the Robert F. Kennedy Journalism Award, and the George Polk Award. Leslie Cockburn  ran for the United States House of Representatives in Virginia’s 5th district in 2018, but lost to Republican Denver Riggleman.

Leslie Cockburn (née Leslie Corkill Redlich) grew up in Hillsborough, California, and was born in San Mateo. She is the daughter of shipping mogul Christopher Rudolph Redlich and Jeanne (Fulcher). She was raised in a hunting family and is pro-gun control.

Leslie Cockburn is not very popular on twitter and has been followed by only over 5k people. Her twitter account can be reached at @LeslieCockburn and she is quite active on the platform.

Cockburn has worked for NBC, CBS, and PBS Frontline as an investigative journalist. She began working for NBC News while residing in London. An interview with Libyan leader Muammar Gaddafi was one of her early reports. Cockburn joined CBS in 1978. She covered six wars during her career, including the US-backed Contra war in Nicaragua.

Leslie Cockburn was the Democratic candidate for the United States House of Representatives in Virginia’s 5th congressional district in 2018. She launched her candidacy in July 2017 and won a strong majority of delegates at the district Democratic convention in May 2018 over numerous competing contenders for the nomination to succeed outgoing Republican Representative Tom Garrett.

After securing her party’s nomination, Cockburn was defeated in the general election by Republican contender Denver Riggleman, who received 165,339 votes (53.2 percent) to Cockburn’s 145,040 votes (46.7 percent ). Write-in votes accounted for 547 votes (0.2%).

Leslie Cockburn is married to Andrew Cockburn, a journalist and film producer, and they live in Rappahannock County, Virginia. They married in 1977 in San Francisco and have written several books together. Chloe Francis Cockburn (April 3, 1979), Olivia Wilde (March 10, 1984), and Charles Philip Cockburn are their three children (January 31, 1993).

Cockburn had two brothers-in-law, Alexander and Patrick Cockburn, and Sarah Caudwell, a mystery writer, was her half-sister-in-law. Tao Ruspoli is her former son-in-law. Laura and Stephanie Flanders, journalists and daughters of her half-brother in law Michael Flanders, are her half-nieces through marriage. Claud and Patricia Cockburn were her in-laws. She is the grandmother of four grandchildren.

Leslie went to Santa Catalina High School. She went on to Yale University, where she began her studies in the second year that women were admitted as undergraduates. She went on to acquire a master’s degree from the University of London’s School of Oriental and African Studies.

Leslie Cockburn and her husband, Andrew Cockburn, began producing and reporting documentaries for PBS Frontline in 1987. They created Guns, Drugs, and the CIA (1987), a documentary that claimed the CIA assisted and encouraged drug trafficking.

In 1990, Leslie Cockburn produced and co-wrote “From the Killing Fields” with Peter Jennings and Tom Yellin for the ABC News documentary show Peter Jennings Reporting.

The video claimed that the United States had secretly aided the Khmer Rouge in their return to power in Cambodia during a genocidal movement that killed millions of Cambodians in the 1970s.

We hope this biography article of Leslie Cockburn will be helpful for you to understand her journey and works.