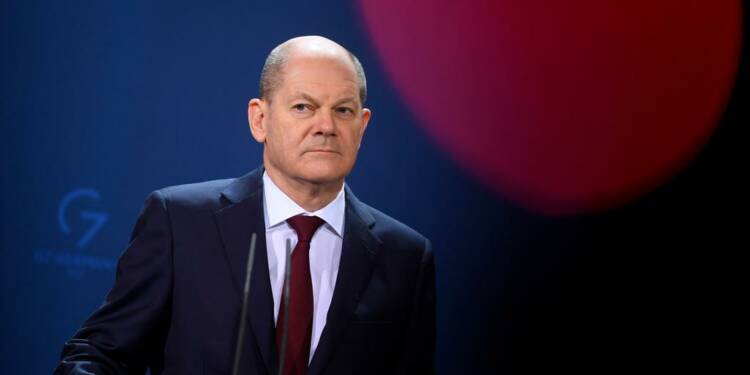 This big change in Germany’s policy came after weeks of deliberation amidst mounting Russian threats and pressure from EU and NATO allies. Finally, Berlin changed its course.

However, as it turns out, it was all just signalling; and no real action has been taken on the ground so far. The federal government committed to supplying 2,700 Strela anti-aircraft missiles to Kyiv in early March. According to WELT AM SONNTAG’s research, just 500 were presumably delivered; and to make it worse, the handover didn’t happen until Thursday evening.

Apparently, Ukraine has received only a fraction of the promised Strela anti-aircraft missiles. WELT AM SONNTAG learned this from Ukrainian government circles. Only 500 pieces were delivered to Ukraine.

However, the federal government had pledged 2,700 such missiles in early March. The handover only took place in Poland on Thursday evening. According to Ukrainian government circles, no further Strela deliveries are planned.

When asked, the German Federal Ministry of Defense only confirmed that deliveries had been made to Ukraine. A spokeswoman for the ministry pointed out that any arms deliveries would only be made after approval by the Federal Security Council.

She stated that further information could not be disclosed “due to the classification of the information resulting from the current security situation”. According to WELT AM SONNTAG, information about arms deliveries to Ukraine is classified as “top secret”. It is known that about 700 of the Strela rockets from old NVA stocks show damage due to their old age. The Bundeswehr had retired the weapon system years ago.

Berlin announced in early March that it has delivered around 2,700 Strela missiles to Ukrainian forces. But later it was revealed that 700 of the missiles sent were badly damaged to an extent that they were no longer operational.

The Defence analysts residing in Berlin were reportedly surprised by the government announcement about sending the missiles to Ukraine because the Strela missiles were declared obsolete and placed in storage in 2014. They are at least 35 years old and had been declared unsafe for use. All of the 700 missiles were reportedly affected by tiny cracks which led to corrosion and meant that they cannot be used anymore. Germany is expected to deliver the remaining 2,000 missiles even though they are no longer considered safe to use.

A recent classified German military document reads, “Owing to the obsolescence of the rocket motor, the Strela missile is no longer safe to handle, so it can no longer be fired”. Also, the wooden boxes in which the missiles are stored were reportedly so moldy that when inspected in November, troops had to wear protective equipment.

This illustrates how depleted German weapons stocks have become following years of military under-funding. Germany is in dire need to replenish its ammunition stocks, and for that, the country will require €20bn (£16.6bn), according to Germany’s defence ministry.

This also raises doubts about Germany’s intentions to help Ukraine out. It seems that Germany is just fulfilling a formality by sending scrap weapons to Ukraine. It may also be possible that Germany doesn’t have anything useful for Ukraine, therefore they are sending these non-functional missiles to just keep their word. Now as the news comes out, it is obvious that not only Germany is supplying Ukraine with faulty weapons but is also delaying the delivery.