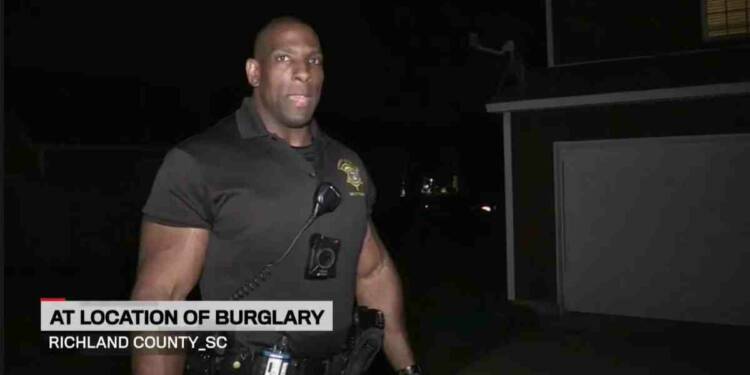 Garo Brown, a senior deputy, was born and reared in Amityville, New York. In 1999, Garo relocated to Columbia, South Carolina. In this article we are going to talk about biography, career, and films of Garo Brown so read the full article here.

When Garo Brown was in his twenties, the events of 9/11 had a profound influence on him, and he decided he wanted to join the military or work in police enforcement. Garo ultimately decided to pursue a career in law enforcement. “I was attempting to show that there are people who will run into a building where someone is shooting, in order to save people they don’t know,” he said in an interview with A&E. There are people out there that are like that. “I dreamed of being one of them.” He began his law enforcement career by attending the Criminal Justice Academy of South Carolina. Garo Brown is known for Live PD (2016) and Live PD: Police Patrol (2017).

Garo Brown works for the Richland County Sheriff’s Department as a Senior Deputy. Garo is a Community Action Team member (CAT). The CAT team takes a proactive rather than a reactive approach to law enforcement. Garo enjoys going out into the community and talking to people. Giving neighborhood members presentations on current concerns is his favorite part of the job.

Garo can be reached on twitter at @BrownGaro and has been followed by over 60k people. He is quite active on the platform and has been active since 2017.

In April of 2000, Garo received a distinguished graduating award from the SCCJA and graduated as a class 1 officer. Deputy Brown is obtaining a master’s degree in computer technology at the moment.

Garo stands 6’4″ tall and weighs 260 pounds. He has appeared in Seasons 2 and 3 of Live PD. During the Season 3 episodes 04.12.19 and 04.13.19, Garo Brown appeared as an in-studio guest host. When he captured a guy with a pistol and narcotics on Live PD, the suspect claimed to have a “license” for the gun.

Richland County announced in December 2019 that Deputy Brown had been promoted to Investigator and would no longer be appearing on Live PD. His most recent episode aired on 12.13.19.

From 2016 until 2020, Live PD was an American television show that broadcast on the A&E Network. It followed cops on patrol in real time, broadcasting chosen encounters to the rest of the country. Dan Abrams presented the episode, which included analysis from Tom Morris Jr. and LT. Sean “Sticks” Larkin.

The second season ended on August 25, 2018, and the third season premiered on September 21, 2018, with A&E renewing the series for another 150 episodes, which will run through 2019. On September 20, 2019, the fourth season premiered. The series was renewed for an additional 160 episodes on May 7, 2020. However, following protests against police violence following the murder of George Floyd and the destruction of video recordings of the killing of Javier Ambler, A&E cancelled the series on June 10, 2020.

Live PD was the most watched show on A&E at the time of its discontinuation, as well as the most watched show on cable during prime time on Friday. A&E’s viewership dropped by 49 percent in the months after the discontinuation of Live PD. On August 21, 2020, A&E began airing new episodes of the spin-off series Live Rescue, which follows firefighters and EMTs, in the same time slot on Friday and Saturday nights. We hope this biography article of Garo Brown will be helpful for you to understand his journey and works.