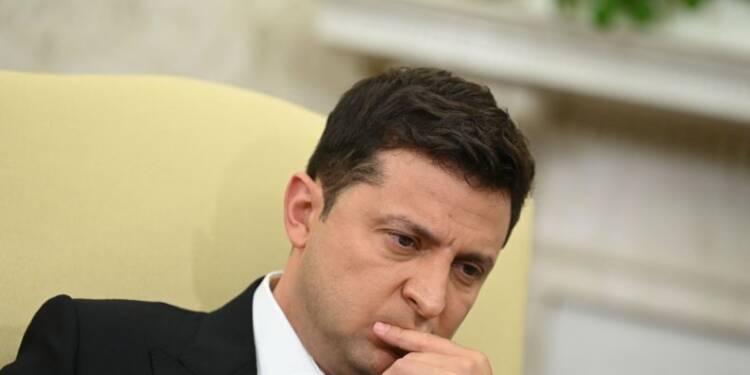 Israelis are livid at Zelensky. Israel is a fractious society, but today it’s united in condemning the Ukrainian president. This condemnation came hot on the heels of his March 20 address to the Israeli Knesset.

What did Zelensky say to invoke Jews’ Holocaust memories?

In his address to the Israeli lawmakers, Zelensky went on to liken Ukraine’s sufferings to the Holocaust. In the angry speech, in a bid to sway the public opinion in Israel, Zelensky said, “Listen to what the Kremlin says. Just listen! There are even terms that sounded then. And this is a tragedy. When the Nazi party raided Europe and wanted to destroy everything. Destroy everyone. Wanted to conquer the nations. And leave nothing from us, nothing from you. Even the name and the trace. They called it ‘the final solution to the Jewish issue.’ You remember that. And I’m sure you will never forget! But listen to what is sounding now in Moscow. Hear how these words are said again: ‘final solution.’ But already in relation, so to speak, to us, to the ‘Ukrainian issue.’”

Zelensky was highly mistaken in his assessment of the reaction to this furious speech. He had thought this will help him win over the Israeli people. After this speech, he had envisioned, Israel will break all its ties with Russia and start considering the defence of Ukraine as the only justifiable reason for its existence. But Alas! Nothing of that sort happened! Instead, his speech angered Israelis who consider the brutality of the Holocaust as an unparalleled event in modern history. For them, the Jews have suffered what nobody ever has in recent history.

How did the speech backfire on Zelensky?

Al-monitor reports that some lawmakers had started reacting furiously at Zelensky’s speech even before his 18-minute speech was over. Then, it soon got reflected in their public reactions. Communications Minister Yoaz Hendel of the right-wing New Hope party took to Twitter to say, “I admire the Ukraine president and support the Ukrainian people in heart and deed, but the terrible history of the Holocaust cannot be rewritten.”

Labor Knesset member Gilad Kariv, chair of the Constitution, Law and Justice Committee said, “The comparisons to the Holocaust should be dropped and instead the focus should be on a justified call for more significant action on the part of the State of Israel.”

And opposition didn’t mince its words in openly attacking Zelensky for his insensible remarks. Former Likud party Minister Yuval Steinitz went as far as of accusing him of Holocaust denial. He said, “It is said that a person should not be judged in times of distress, but had the speech of Zelenskyy, the Jewish president of Ukraine, been delivered on normal days, it would have been dismissed as borderline Holocaust denial.”

Israel’s position on this crisis

Israel has taken a neutral position on this ongoing Ukraine crisis; stopping short of going all out to condemn Russia and militarily supporting Ukraine. Ukraine had demanded Israel’s Iron Dome missile defence system from Jerusalem, but its request has already been shot down by the Israeli government. And now, when Zelensky, himself a Jew, tried to invoke the most sensitive Jewish memories to bring in a paradigm shift in Israel’s position, it simply backfired on him.