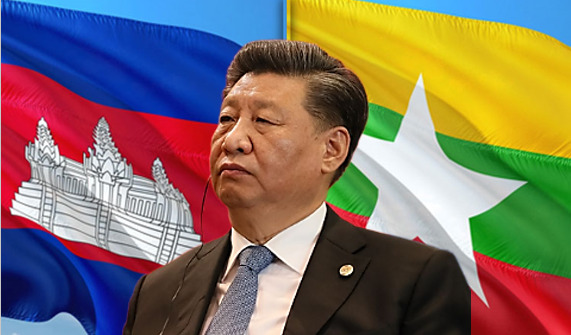 While the world is focused on the affairs in Eastern Europe, geopolitics is fast changing in other parts of the world. While China was intending to use Cambodia to sinicize Myanmar and convert the military regime into Beijing’s puppet, Japan has decided to make sure that Xi Jinping does not succeed.

Cambodia’s and Japan’s prime ministers have asked Myanmar’s junta to follow the Association of Southeast Asian Nations (ASEAN) five-point consensus and allow ASEAN members and development partners to deliver much-needed humanitarian help to Myanmar’s people. This comes at a time when the Cambodian leadership is bound to transition and in such a scenario, Japan is trying to wrest the country away from China. By doing so, it is also trying to de-sinicize Myanmar which is increasingly becoming dependent on Beijing.

This may appear to be a regular set of assertions, but keep in mind that Cambodia is the classic definition of a China poodle. It has grown into a Chinese Communist Party colonial outpost. And in such a scenario, if Cambodia’s next leader establishes security and military cooperation with the most powerful force to constrain Beijing, we can be certain that Xi Jinping’s aim of controlling the Indo-China region would be realized.

The Japanese prime minister was in Cambodia to improve bilateral ties and discuss economic and security cooperation, with the Myanmar and Ukraine crises occupying a prominent position on the agenda.

Since the military takeover in February of last year, Myanmar has been through a lot of social and political instability. Senior General Min Aung Hlaing, the coup leader, reached a five-point agreement with ASEAN leaders in April to end the crisis, including the immediate halt of bloodshed in the country. The regime has so far failed to carry out the plan.

During a joint press conference, Cambodian Prime Minister Hun Sen, who is also the current chair of ASEAN, said he and Japan’s Prime Minister had seriously discussed the Myanmar crisis and voiced deep worry about the situation in the conflict-torn country. They urged all key stakeholders to stop the violence immediately and begin a dialogue with the parties involved in order to find a peaceful solution to the problem. They also demanded that the military dictatorship release all political prisoners.

“We both agreed that the Naypyitaw authorities need to comply with ASEAN’s five-point consensus as soon as possible and to facilitate the distribution of humanitarian aid to the Myanmar people who are in need. At the same time, we both reiterated the importance of solving the crisis through negotiations with the relevant stakeholders,” said Hun Sen.

Prak Sokhonn, the ASEAN special envoy to Myanmar and Cambodia’s Deputy Prime Minister and Foreign Minister, arrived in Naypyitaw on Monday for his first official visit to Myanmar as an ASEAN envoy.

Cambodia has a good standing among the military leaders in Myanmar, and this was the reason why the Chinese Communist Party was confident in using it as a tool to sinicize Myanmar. However, with the entry of Japan and the normalization of ties among Myanmar and other ASEAN nations via the Japan-Cambodia joint efforts, we can see the further consolidation of the ASEAN block in cards.