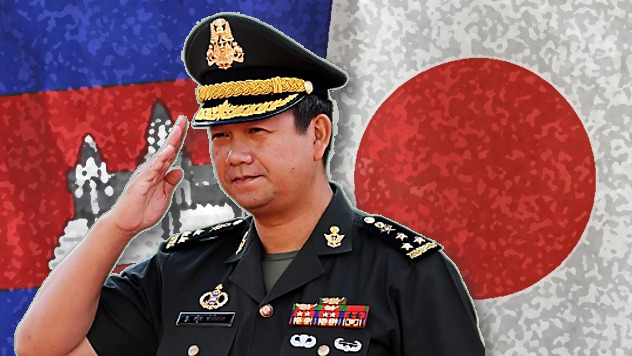 This may sound like a set of normal statements, however, one should remember that Cambodia is a textbook definition of a China poodle. It has developed as a colonial outpost of the Chinese Communist Party. And in such a scenario, if the country’s next leader is making security and military cooperation with the most powerful force to contain Beijing, then we can say for sure that Cambodia is getting out of Xi Jinping’s grasp and so is his dream of controlling the Indo-China.

The upcoming visit of Japanese PM

According to a press release from the Ministry of Foreign Affairs and International Cooperation, Hun Sen and Prime Minister Kishida will hold a bilateral meeting to discuss ways to improve bilateral relations and cooperation, including trade and investment, education, infrastructure, defense and security, and post-COVID-19 socio-economic recovery, among other topics, as well as exchange views on regional and international issues of mutual interest.

“The official visit of Prime Minister KISHIDA Fumio to the Kingdom of Cambodia emphasizes the strong commitment of both sides to enhance and consolidate the existing excellent ties and strategic partnership as well as cooperation between Cambodia and Japan in both bilateral and multilateral frameworks for mutual benefits of the two nations,” the press release said.

Japan-Cambodia engagement in the Indo-Pacific

A new leader always has the prerogative to make sure that the country is unchained from the shackles of his predecessors. This is exactly what the heir apparent is trying to achieve with the increased engagement with Japan at the expense of China. Any attempt by Beijing to pressure Cambodia to not deal with Japan will lead to increased suspicion in the entire ASEAN, given Japan has invested billions in the region.

This 180° turn is surprising to many as Cambodia, which currently chairs the ASEAN, has been several times blamed for its lobbying and support for China. The world knows about the deep nexus between China and the current Cambodian Prime Minister Hun Sen’s ruling Cambodian People’s Party (CPP). It is a well-known fact that PM Hun Sen is a poodle of China. Be it any forum or stage, he has always pushed forward the Chinese agenda and lobbied for the Chinese narrative.

Read more: Cambodia preferred China over ASEAN. Now the Cambodian PM is about to lose his seat

Back in January, Hun Sen paid a visit to Myanmar overlooking the concerns of ASEAN. It was all at the behest and support of China. ASEAN accuses the Burmese military of reneging on the five-point consensus and has declared an unofficial boycott of the Junta regime. While ASEAN nations continue to raise voices against the human rights violations in the Junta regime, Cambodia has been pushing the Chinese agenda of legitimizing Myanmar’s Junta regime.

Hun Sen’s controversial trip has been criticized by human rights groups and other members of ASEAN for legitimizing the military’s takeover of a country that had just enjoyed a decade of democracy – out of the last 60 years of military dictatorships.

This must-have played a consequential role in making sure that the next leader in line takes a varied foreign policy approach. And if we take the statements from February and the expected way in which things are supposed to go, then we can say that Cambodia has decided to move away from being a China enabler in the region and focus on a relatively independent foreign policy. While it is good news for the country and its people, it is bad news for both China and the nation’s ruling elite. These elites will lose the funding, while Beijing will lose its pawn in South East Asia, further jeopardizing its BRI and other neo-colonial ambitions.