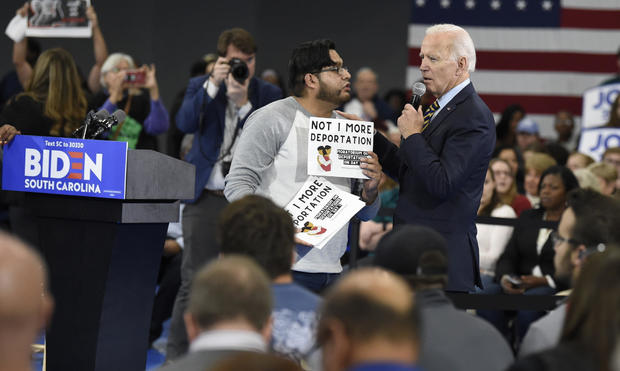 “Ghost flights” are used to carry these illegal immigrants under the cover of darkness. These charted flights will then take them to places that no one knows about. Recently, a video surfaced on the internet in which Sgt. Michael Hamborsky, a local police officer, expressed his dissatisfaction at the fact that local police have been provided with no information about flights arriving after curfew at the airport, in violation of security regulations. Furthermore, when Hamborsky inquired about the destination of one of the bus drivers waiting for his migrant passengers, the driver stated that he had no idea.

Read more: Biden’s policy to respect and resettle illegal immigrants have now started killing them. But he refuses to acknowledge it

Hole to creep out of

Not long ago, the U.S. Immigration and Customs Enforcement (ICE) released a Congressionally required report detailing data from ICE’s broad responsibilities, including its role in counterterrorism; counterproliferation; counternarcotics; the investigation of crimes ranging from customs fraud to human trafficking and child exploitation; and the enforcement of the nation’s immigration laws.

This new report, which also includes information on immigration enforcement, is not considered to be exhaustive. In reality, the data is thought to be narrative-driven, making it difficult to decipher and understand.

Furthermore, the Center for Immigration (ICE) Studies claimed that the Biden White House took control of the draft report, rewrote it, and returned it to officers within ICE.

The report’s unclear data is already raising questions about Biden’s immigration strategy. Members of Congress and journalists have questioned why the actual immigration statistics are being kept hidden at times. The lack of data availability demonstrates that the Biden administration does not want to be held responsible for any future disasters caused by this strategy.

However, Biden appears to be a novice when it comes to numbers. He feels he can dupe everyone by providing erroneous data. Well, ‘cooking the book’ may bring him victory in the approaching midterm elections, but Biden seems to have forgotten that “Lies run sprints, while the truth runs marathons.” In the long run, the truth will undoubtedly triumph.

Also read: For the first time in US history, a judge is nominated by the President because she is ‘Black’