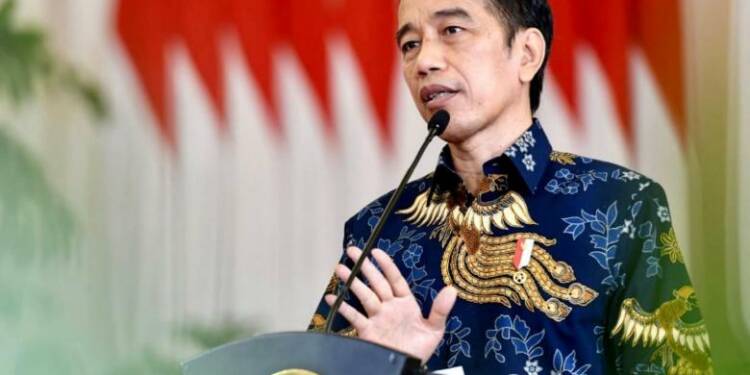 Mega-projects tend to instil a sense of pride among the people of a country, and leaders are inclined to pursue them for consolidation of their own influence as well. And, when this instinct is met with the real reasonable need, a nation can go ahead with a plan as grand as shifting and creating a whole new capital. In line with this, in 2019, President Joko Widodo advocated the notion of new capital. The development of the new capital is expected to cost $33 billion. Indonesia has recently passed legislation to begin the development of new capital, which is expected to be completed in the first quarter of 2024.

According to the bill, the goal is to make Nusantara a metropolis that is “a future driver of Indonesia’s economy, as well as a symbol of national identity that embodies the diversity of the Indonesian nation.” The Indonesian government is currently based in Jakarta, which is expected to be nearly submerged by 2050. Jakarta is congested; it lacks the infrastructure to handle large-scale business operations, and it is beset by a widening economic divide. Overall, the city does not align with Indonesia’s ambitious economic and strategic goals.

As a result, the government has intended to replace Jakarta with Nusantara as the capital. Nusantara is a city in East Kalimantan province that literally means “archipelago” in the local Javanese language. However, there is a catch. The government does not have enough money to fund the project. After a key investor declined to sponsor the $32 billion proposals, detractors ridiculed it and raised doubts about the ownership of the proposed city. Now, Indonesia is considering crowdfunding the relocation of the country’s capital.

Crowdfunding as the last resort

The unusual suggestion was revealed on Monday when the head of the government agency in charge of the project told local media that the alternative is being considered after Japan’s SoftBank Group Corp declined to invest in the project. “We will explore all creative funding models,” said Bambang Susantono, the head of the Nusantara National Capital Authority.

1.5 million of Jakarta’s 11 million population would be evacuated under the plan to an undeveloped jungle location chosen for its pure air, huge open space, and remote from natural disaster-prone areas.

Read more: The reason why Indonesia is moving its capital from Jakarta to Nusantara

Only about a quarter of the anticipated $32 billion relocation plan’s cost will come from state coffers, leaving the private sector or other governments to make up the difference. The administration has been seeking investment from the Middle East since the idea was unveiled, with five countries thought to be in talks to offer cash. The Asian Development Bank stated earlier this month that it would help raise cash for the new capital, but that it would not commit any direct funds or loans.

Crowdfunding is a method of financing a business initiative that is commonly utilised by individuals and small businesses. It involves asking for modest donations from a large number of people. Some crowdfunding schemes include “rewards” such as merchandise or firm shares, blurring the distinction between charitable contributors and investors. However, the Indonesian government has been forced to apply such methods to fill the humungous gap that has been left in the funding of the new capital due to the investors pulling out of the project at the very last moment.

It remains to be seen whether such a financing model would just serve the interests of the contributors, turning the capital into an “oligarchic republic”.