Laura Haddock’s kid Pip Claflin: all you need to know 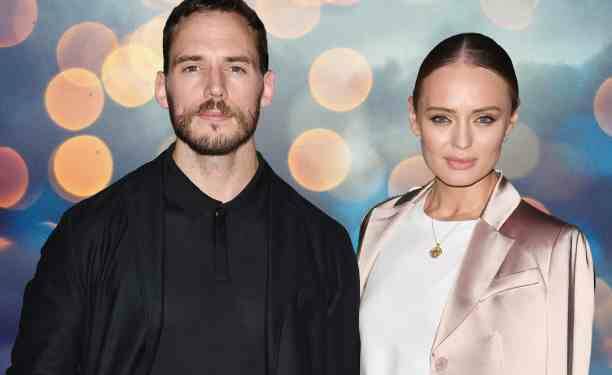 Who is PIP Claflin?

Laura Haddock’s kid, Pip Claflin, was born in the year 2015 with her ex-husband Sam Claflin. Laura and Sam Claflin, who are Claflin’s parents, married in 2013. However, things between the two didn’t work out, and the exes separated in 2019. Fortunately, despite their separation, they are still on excellent terms.

Laura Jane Haddock, Claflin’s mother, is an English actress best known for playing Kacie Carter in the film Honest. Not only that, but she’s also appeared in Da Vinci’s Demons, Guardians of the Galaxy and its sequel, The Inbetweeners Movie, as well as Transformers: The Last Knight.

Pip Claflin’s parents are both well-known actors in the entertainment industry. Laura and Sam are undeniably enjoying their time in the media’s well-deserved spotlight. However, this does not imply that the same is true for their children. They are well-known for their secrecy, having kept the gender of their first child, Pip, a secret for six months.

As we know Pip Claflin is a child so let us try to know his parents a little better.

Laura Jane Haddock is an English actress who was born on August 21, 1985. She is best recognised for her roles as Zo Walker in White Lines, Kacie Carter in Honest, Lucrezia in Da Vinci’s Demons, Meredith Quill in Guardians of the Galaxy and Guardians of the Galaxy Vol. 2, Alison in The Inbetweeners Movie, and Viviane Wembly in Transformers: The Last Knight.

Haddock was born to a reflexologist mother and a financier father in Enfield, London. She attended St George’s School in Harpenden, Hertfordshire, where she was raised. She dropped out of school at the age of 17 and travelled to London to pursue a career in play. She received her education at Chiswick’s Arts Educational School.

After dating for two years, Haddock married English actor Sam Claflin in July 2013. Pip, their son, was born in 2015, and Margot, their daughter, was born in 2018. Haddock and Claflin announced their legal separation on August 20, 2019.

Samuel George Claflin is father of PIP Claflin. He is an English actor who was born on June 27, 1986. He began his acting career on television after graduating from the London Academy of Music and Dramatic Art in 2009, and his first film part was as Philip Swift in Pirates of the Caribbean: On Stranger Tides (2011).

Claflin rose to prominence after starring in the romance movie Me Before You and playing Finnick Odair in the Hunger Games film series (2013–2015). (2016). He has recently been in the films Adrift (2018) and The Nightingale (2018), as well as the television series Peaky Blinders (2019-2022) and the mystery film Enola Holmes, in which he played Oswald Mosley and Mycroft Holmes, respectively (2020).

Claflin began dating actress Laura Haddock in 2011, after meeting her at an audition for My Week with Marilyn. In a private ceremony in July 2013, the two married. They have a girl, born in February 2018, and a son, born in December 2015. Claflin and Haddock announced their legal separation on August 20, 2019. Since 2021, he’s been dating model Cassie Amato.

IFG Meaning with Explanation and Definition