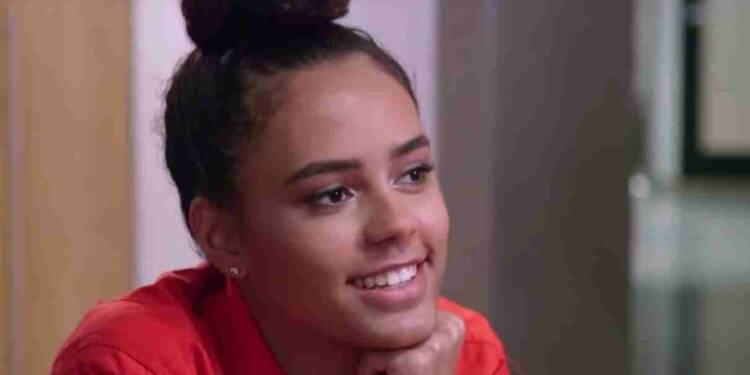 Ava Dash is the eldest daughter of Damon Dash, a hip-hop music producer, and Rachel Roy, a fashion designer. She’s also a author, having co-authored a book with her mother, Rachel Roy.

Ava Dash was born in the United States on December 7, 1999. She is a 19-year-old woman. She grew up in the spotlight as the daughter of renowned parents. When Ava’s parents, Damon and Roy, eventually married, she was six years old.

Ava Dash can be reached on twitter at @avadashh and has been followed by only over 2k people. She introduces herself as ‘Elite Model Management NYC & LA • Co-Author of 96 Words for Love” on twitter.

Her father Damon Dash and mother Rachel Roy married in late 2004 or early 2005. Tallulah, her younger sister, is her only sibling.

In 2009, her mother filed for divorce. Roy was granted sole custody of both girls in April 2015, and she sought for an order of protection against Dash. Roy and her daughters were given a three-year restraining order against Dash by the court.

Dash filed a lawsuit against Roy a few days later, alleging breach of fiduciary duties and other claims related to Royale Etenia, the fashion company they founded together during their marriage.

Rachel Irene Roy (born January 15, 1974) is a fashion designer from the United States. Roy was born in San Bernardino County, California, and raised in the Seventh-day Adventist Church in Seaside, California. She received her diploma from Seaside High School.

Her brother, Rajendra Roy, is the Museum of Modern Art’s principal film curator in New York. Roy’s mother is Dutch, and her Bengali Indian father was born in Madras. Roy attended Columbia Union College in Takoma Park, Maryland (now Washington Adventist University). and moved to New York City, where she worked as a wardrobe stylist and interned at Rocawear, a fashion brand.

Damon Anthony Dash (born May 3, 1971) is an entrepreneur and record executive from the United States. Dash, together with Jay-Z and Kareem Burke, co-founded Roc-A-Fella Records.

Dash, who was born in New York City, scrubbed the floors of a local barbershop and sold newspapers as a teenager in order to acquire sneakers and clothing. In his own words, Dash “learned to hustle” from his mother, who died of an asthma attack when he was 15 years old. Dash was diagnosed with type 1 diabetes the same year.

Dash met R&B singer Aaliyah through his accountant in New York City in the summer of 2000 and dated her until her death in an aircraft crash in the Bahamas on August 25, 2001. Dash revealed in interviews given following Aaliyah’s death that the couple had intended to marry, despite the fact that they were not officially engaged.

Dash married fashion designer Rachel Roy in 2005, after dating her before his relationship with Aaliyah. They first met while she was an intern at Rocawear. Ava Dash (born December 7, 1999) and Tallulah Dash (born May 14, 2008) are their two kids. They had a contentious custody battle after their divorce in 2009.