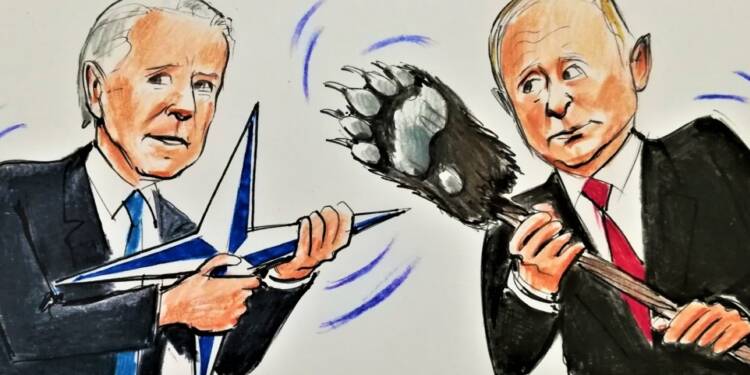 Western sanctions on Russia have begun to falter even before the Kremlin could feel the pinch. This is indeed shocking for some observers in the West, including US President Joe Biden, who had predicted the Russian economy to fall to pieces and crash under the burden of Western “crippling” sanctions.

Nothing of that sort has happened so far. Instead, things have just started going back to normalcy in the Russian federation. One major sign of this normalcy came in the form of a rebound in the valuation of the Russian ruble.

The Russian Ruble is nearing its pre-invasion value.

Sanctions were designed to collapse its value. They failed. pic.twitter.com/OLmVIsS34E

Observers noted that the ruble was fastly approaching its pre-invasion value due to recent steps taken by Russia to shore up its economy. Before the invasion, one US dollar’s value was equal to 70 rubles; today the number stands slightly above 80. Even experts suggest that the Western sanctions on Moscow are not comprehensive and have major loopholes that Russia can easily exploit.

Sanctions against Russia have been unprecedented in speed, the scale of targets, and international cooperation.

A few myths that require correcting (🧵):

Now, let’s look at the possible reasons for this epic failure of the Western sanctions on Russia.

All in all, the Western sanctions are proving to be redundant against Russia. The sanctions need to be aggressively expanded if the West really wants to punish the Russian economy. But given the EU’s heavy reliance on Russian energy exports, such harsh measures are less likely to see the light of the day.