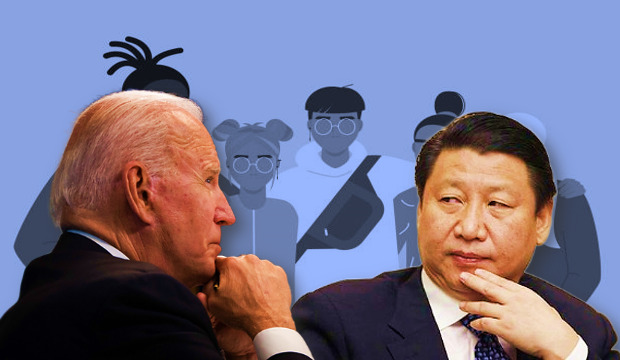 Today’s Generation Z will be the policymakers of a country two to three decades down the line. So, Generation Z needs to be aware of all the challenges and opportunities that their nations have the slightest possibility of facing. And if we come to America, Generation Z is hardly informed about such issues of national, economic, or even for that matter, security importance.

For instance, a Nikkei Asia report recently revealed that America’s Generation Z is ill-informed about China’s attempts to undermine America’s sovereignty and territorial integrity. They hold unequivocal views about China. One poll conducted last year by the German Marshall Fund of the United States and the Bertelsmann Foundation found that only 39% of Americans aged 18 to 24-year-olds see Beijing’s influence as negative.

Pew research in 2020 had claimed that about 75% of Americans hold negative views about China. That means adult Americans barring Generation Z are well-informed about the China challenge.

But that’s only the single side of the coin. It’s also interesting to notice how Generation Z on the other side of the pacific views US-China relations. Generation Z in China is vehemently hateful towards America. The Nikkei Asia report reads, “In China, Generation Z harbors less favorable views toward America compared with those Chinese citizens whose teenage years coincided with China’s economic reforms and its opening up to international capital.”

It looks like the Generation Z of America and China are living in totally different worlds. Their viewpoint on US-China relations is starkly different on both sides. Americans aged 18 to 24 are ignorant of what China stands for! On the contrary, the CCP-fed propaganda has filled young Chinese with utmost hate towards America.

The older Chinese generation was exposed to western press and information, which led them to harbor positive views about the US and the West. Today, any positive news regarding America is hardly allowed to pass the great firewall of China. On the flip side, the Chinese propaganda is brazenly disseminated in the US through TikTok, Facebook, and the mainstream media.

It is already bringing disastrous results to the US. American Generation Z is becoming subservient to Chinese propaganda. They believe that strong US-China ties are a prerequisite for a prosperous America. This means that, when today’s Generation Z will become the policymaker of America in the late 2040s and early 2050s, they will strive to keep China in good humor and will formulate pro-China policies.

Similarly, more US hawkish policies in China will be made. That means it won’t be a tedious task for China to dominate US-China relations and undermine USA’s security and economic interests in the coming two to three decades. Anyways, the Chinese economy is expected to surpass that of the US in the coming decade. With a greater economy and more hawkish policymakers, China won’t let the USA stand a chance to counter its influence in any sphere of the globe.

The US government sleepwalking over the issue

Now the biggest question is, what are the policymakers and the government in the US doing to prevent this from happening. What steps are being taken to rein in the brazen pro-China propaganda that runs through the nerves of American social media and traditional mainstream media?

Sadly, the answer to these questions is—absolutely nothing. America’s Generation Z is tactfully being exposed to Chinese propaganda to enslave them with Chinese ideologies and inferiority.

Today, China has waged an information war against the US. Chinese spies are caught almost every month in the United States. They have infiltrated US campuses, colleges, and even the military. The US administration has no plan to deal with such a grave crisis. China is winning this invisible war by enslaving American youth, and the US is hardly bothered about this silent war being waged by the communist party of China.