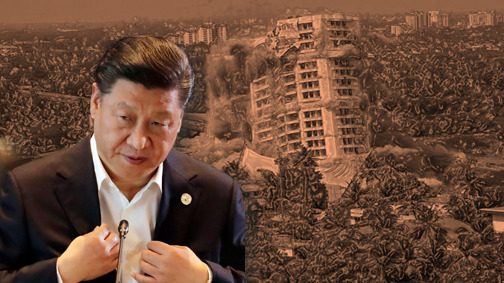 China’s quest for global influence landed Papua New Guinea under its Belt and Road initiative back in 2018. The Belt and Road initiative is seen as a tool for China’s aggressive expansionist policy and also aids to counter Western influence. China has become a major financier of infrastructure projects under the banner of this initiative and has ultimately integrated itself into the political sphere of the targeted nation. But China’s dream to bring PNG under its ‘sphere of influence’ has come to an end.

Nevertheless, PNG and the west have enjoyed a cordial relationship. Other allies of the west specifically Australia has been major investor in the nation. Australia has been comprehensively supporting PNG in its economic growth and development. For instance, to assist PNG during the Covid-19 time, they provided assistance of around USD400 million as a loan, so the nation could continue the delivery of core government services, such as healthcare and education. Australia recently promised to give $580 million ($420 million) to the Pacific neighbor to upgrade key ports. Both the nations also share a vision of a secure, stable, and peaceful region.

But China with its belligerent motives is using military and economic coercion across the Indo-pacific region. This predatory conduct is carried out to counter the US influence in the region. Recently it militarized three islands in the South China Sea and later, it signed a security pact with the Solomon Islands. Likewise, it also tried to put in place economic and security relations with the PNG.

All that glitters is not gold

China under its BRI banner has heavily invested in many infrastructure projects in PNG. For instance, it has been involved in developing ‘Port Daru’ ‘ which includes an industrial zone, seaport, business, commercial, etc. Nonetheless, ‘All that glitters is not gold! China has often failed to keep its pledges and has used many of these projects for military purposes.

For instance, the Chinese company Huawei had built a National Data Centre with a loan of 53 million dollars from the Export-Import Bank of China. Later on, it was found that Huawei had created a flawed data center that the People’s Liberation Army (PLA) is using for military purposes.

More recently, one of China’s hyped projects has come to a halt after a 23-storey tower in Port Moresby has been deemed uninhabitable after the discovery of more than 70 defects. Chinese investors promised PNG a ‘gorgeous and glistening’ skyscraper, but it was later found to be an uninhabitable skyscraper.

In 2017, the tower was touted as a symbol of “friendship between the two nations”, but, as we see, the results are unfortunate.

“We are assuring the Papua New Guinea people that as a state-owned enterprise and guided by the Belt and Road policy, our company is confident with Papua New Guinea’s economy and will continuously support the nation’s economic development,” the general manager of the development, Shengwei Li, told local media in 2017.

But as expected, China again failed to deliver on its promises. The tower was reported with more than 70 defects which were described as “highly illegal”, “non-compliant”, “poorly installed”, and “dangerous”. The whole matter has been raised by the media and the court of the nation.

With this, it seems China’s business in PNG is all fetched up now. PNG ideally should manifest its propensity towards its traditional partners.

With this, it seems China’s business in PNG is all fetched up now. As time and again China failed to furnish its word of honor; this unfolds a fresh opportunity for Australia to sway over PNG. Also, PNG should recognize that for its sovereign integrity and security, it should rely on its traditional friends in the region.