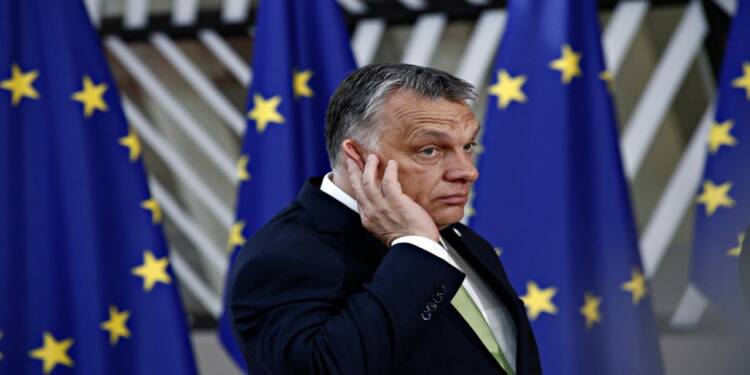 Hungary’s nationalist Prime Minister and ‘Fidesz’ Party frontman Viktor Orbán is all set for a fourth consecutive term in office.  Orbán won by a greater margin than his victory in the previous polls.

Viktor, a staunch nationalist, has taken a pro-Russian stance amidst the Russia-Ukraine conflict. And the Hungarians seem to have accepted his position, as evidenced by this resounding victory.

However, the EU, which had predicted Orbán’s election defeat, is enraged. To their chagrin, the Hungarians voted for  Orbán, thereby endorsing his pro-Russia stance. An enraged EU is thus now set to slap sanctions on Hungary for its pro-Russia position.

Viktor Orbán– the Trojan Horse inside the EU

Under Orbán’s leadership, Hungary, which is a member of both the EU and NATO, has chosen a posture that may be deemed anti-EU. Viktor  Orbán was a pro-western politician in his early political career. However, he is no longer as devoted to the Western world as he once was. He was anti-communist, but not anti-Russian.

Furthermore, his conservative stance on a number of topics has prompted the EU to take harsh measures. For instance,  Orbán’s obsession with George Soros’ activities in Hungary, made him pass the “Stop Soros” law, which would make it an offence to help people apply for asylum. This law left the EU in annoyance.

Also, the controversial LGBTQ law that Hungary introduced in 2021 not only gained unequivocal condemnation from the EU but also prompted the EU to take legal actions against the law.

According to a report in Eurostat, Hungary under his leadership has increased its share of imports of Russian natural gas, from 9.070 million cubic meters in 2010 to a high of 17.715 million cubic meters in 2019. Hungary now gets close to 85% of its gas from Russia, and 64% of its oil. It also became the first EU nation to buy Russia’s COVID vaccine Sputnik V and shunned the Pfizer vaccines.

The EU hoped that Hungarians would rise in revolt against Orbán and dethrone him in the coming elections. But to its dismay, Orbán achieved a landslide victory.

EU tries to punish the Hungarians

The European Commission has now launched a rule-of-law disciplinary procedure against Hungary. The untested mechanism, designed to prevent EU funds from being misused by countries’ backsliding on the rule of law, was agreed upon by all 27 EU leaders in late 2020 and could ultimately deprive Budapest of more than €40bn of EU payments.

Ursula von der Leyen, the commission president, told the European Parliament on Tuesday that Budapest had been informed of the decision and “we will now send the letter of formal notification to start the conditionality mechanism”.

But dear European Nations, how did you fail to comprehend this victory? The fact that  Orbán has emerged victorious, clearly indicates that the people of Hungary have endorsed his pro-right policies as well as his pro-Putin stance.
Any action against Hungary at this point raises questions on ‘democratic values and principles’ that are much-touted by the EU.