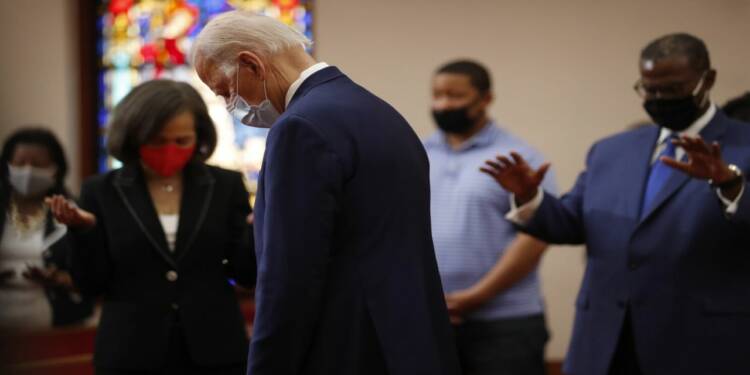 The US government last week passed an act called the Emmett Till Antilynching Act. For those unaware, lynching is already criminalized in America. So, why exactly do we need another law for an already-criminalized offence?

The bill, which US President Joe Biden signed into law last week, is an upgraded version of the 2009 Hate Crimes Prevention Act. Under the 2009 version, that defined and criminalized hate crimes, an attempt to cause “bodily injury” due to the victim’s race, sexual orientation, nationality, gender, religion, or disability was required to invoke the act.

Simply put, the older version required an attempt at violence to be made before this law could be invoked to punish the offenders. Now, the new version of this law, called the Emmett Till Antilynching Act, has nullified this requirement altogether. Now, even a “conspiracy” to commit such hate crimes has also been criminalized.

This is the most controversial section of the Emmett Till Antilynching Act.

What does the most controversial section of the act say?

Don’t underestimate the gravity of this section. Through this law, the thick line between ‘thinking about something criminal in nature’ and ‘actually committing crime’ has been blurred. So, for example, if you say, “I hate XYZ so much that I could kill him,” you are qualified to be served at least 30 years in prison.

It is utterly absurd and illogical to criminalize an idea that doesn’t harm someone’s rights. There are always two parties involved in a crime; one is the offender and the other is the victim. However, under this law, only so-called offenders are involved, and thus, it opens a very wide window to be misused by the government authorities to suppress political dissent.

A tool for the state to harass White Americans?

Make no mistake, conspiring against the state is already a crime in the US. There’s no separate law required for such conspiracies that threaten the well-being of ordinary Americans. This law sparks concerns because “conspiring to commit hate crimes” has also been declared illegal. Now, this could easily be used to harass White Americans as they have been long accused by the Democrats to commit hate crimes against other races.

With this new law, the U.S. government has further expanded into the realm of policing thought crimes. Ominously, this law comes on the heels of the Department of Homeland Security’s attempt to broaden the “domestic terrorism” category and expand methods for identifying “threats.”

Well, this is how the ground for intensified censoring and monitoring by the state is laid. Your text messages, e-mails, and chats will be monitored and any material that is deemed “hateful” by the state agencies can land you in trouble of epic proportions. Any Twitter or Facebook post can be labelled as hate speech by the authorities.

Only White Americans could be targeted

Why are we saying that only White Americans would be targeted under such laws? Well, the Biden administration’s hate towards White Americans is no longer a secret. Serial loudmouth and former CIA director John Brennan last year had called the threat from domestic violent extremists much more challenging than the threat from foreign terrorists during a discussion on MSNBC.

Read More: The statements of a Congresswoman, a journalist and former CIA director proves that white Americans are set to be labelled terrorists

Brennan had also come out in wholehearted support of the Department of Homeland Security, under the Biden administration, issuing a bulletin warning that some angry with the presidential tradition and “other perceived grievances fuelled by false narratives” could commit violence across the country.

In Early 2021, an intelligence report released by the Biden administration stated that racially-motivated extremists posed the most lethal domestic terrorism threat. It said the menace was now more serious than potential attacks from overseas.

Yes, Biden haters could now be declared criminals even before they commit anything illegal. The Emmett Till Antilynching Act, thus, could serve as a tool for the Biden administration to harass White Americans and suppress the freedom of speech of those raising critical voices against the government.

Muskified Twitter is a death knell for the global liberal ecosystem