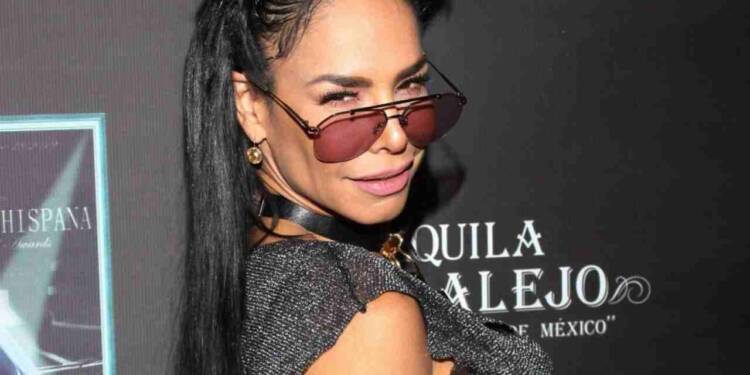 Lis Vega is a Cuban actress, singer, vedette, and model who is most known for her roles in the Mexican television shows Santa Diabla and Amorcito Corazón. In this article we are going to talk about the biography, career, notable works, films and family of Actress Lis Vega so read the article till the end.

Lis Vega was born Liseska Vega Gálvez on October 20, 1977, in Havana, Cuba. After an exchange tour to Italy, Vega moved to Mexico in 1997. She is the daughter of Lázaro Vega and Martha Elena Gálvez, and has one sister, Lieska Vega Gálvez. She is married to Mauro Rivera. When she was ten years old, her parents, Lázaro Vega and Martha Elena Gálvez, divorced.

After coming to Mexico, Lis Vega stayed in Mérida, Yucatán, before moving to Mexico City and attracting the attention of Juan Osorio. In 2004, Vega accepted the role of Niurka Marcos, a fellow Cuban, in Mi Verdad, a docudrama about Niurka and Osorio’s “roller coaster” relationship, which was produced by Osorio.

Lis Vega is a famous television and film celebrity and she worked in so many movies, this biography article is incomplete without talking about her films. So here you will gain info about her films and projects.

In 2003, 2011, and 2016, Vega was featured in Playboy magazine. In 2011, she was featured on the cover, and in 2016, she was featured as part of a tribute to vedettes at the Ferrocarrilero Theater in Mexico City, Mexico, which included a six-day, two-week stage presentation featuring Vega singing and dancing burlesque, tango, and the Mexican hat dance.

In 2005, Lis Vega competed in Big Brother VIP: México, where she was ejected 13th out of 25 contestants.

After relocating to Miami, Vega took part in Santa Diabla as Lisette Guerrero in 2013.

Lis Vega attended Miami Fashion Week in 2014. She also appeared as “Fly” in Goooza: A Musical Cabaret Show at the Flamingo Theater Bar in Miami, Florida, as well as in Burlesque, a tribute to Charlie Chaplin.

Vega had become an “online sensation” by 2016. She had 183,000 Instagram followers after posting videos of her workouts, one of which had gone viral.

In 2018, Vega collaborated with fellow Cuban Romi on the tune “Como a Nadie le Importa.”

With a short career in Cuba, Lis Vega studied dance and modern dance for more than three years, in 1997 she emigrated to Mexico, and stood out in the entertainment world of that country; in 2002 she competed to appear in the Mexican version of Playboy magazine, being the winner. She was in the Aztec country she has participated in theatre, in several soap operas, and hosted and danced in various programs.

Vega travelled to Italy as part of a cultural exchange programme at the age of 15, when she appeared on the television programme Cuba 95.

Vega married Federico Daz in 2008, however, he later admitted to her that he is gay, ending their marriage after only four months.

She married Chilean Mauro Rivero on February 11, 2013, after a month of dating and only eight months of knowing one other.

At 40 years old, the actress is in very good physical shape, and it is December, and Lis does not rest, she exercises whenever she can and has made sport a lifestyle.

In other publications, the artist can be seen in the gym and eating a healthy diet, to stay splendid.

We hope this biography article of Actress Lis Vega will be helpful for you to understand her journey and works.

China could end up debt-trapping itself with its $2.3 trillion gamble to revive its economy