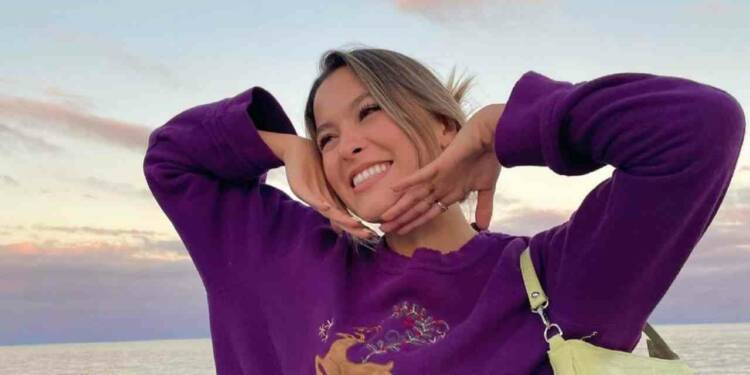 Ana Wolfermann is a Venezuelan-American actress, host, singer, and content producer who was born on March 20, 2001 in Caracas, Venezuela. She is most recognised for her role as Rosie Rivera in Telemundo’s Netflix series Mariposa de Barrio, as well as her growing social media presence on TikTok. In this article we are going to talk about the biography, career, notable works, shows of Actress Ana Wolfermann so read the article till the end.

Ana Wolfermann’s full name is Ana Gabriela Wolfermann and their family immigrated to the United States from Florida and since then they have been living in Miami.

She was named the best local Tik Toker in Miami Magazine in 2021.

She made her television debut in Telemundo’s Bajo el Mismo Cielo when she was 14 years old. Adela Morales’ younger self was played by her (protagonist). Wolfermann portrayed Sara Aguilar in the television series Eva La Trailera in 2016, in which she appeared alongside Edith Gonzales and Javier Daz Dueas.

She was cast in the main cast of the television series Mariposa de Barrio in 2017, which is now available on Netflix worldwide.

She played teenage Rosie Rivera, sister of legendary Mexican singer Jenni Rivera, from the ages of 12 to 17, and shared scenes with Angelica Celaya, Samadhi Zendejas, and Gabriel Porras. Wolfermann noted in a Telemundo live web interview in 2018 that the part of Rosie Rivera allowed her to fully develop her skill at the age of 15, as she was tasked with portraying scenes of deep psychological pain, rebellion, fights, sexual abuse, and drug and alcohol consumption.

She was also in the main cast of Telemundo’s miniseries Milagros de Navidad’s episode “El Milagro del Nio Diego.” Gabriela Johnson was her character, and she shared scenes with Litzy Dominguez, who played her mother.

Wolfermann starred as Sandy Ryan in the Telemundo telenovela Mi Familia Perfecta in 2018. Gala Montes, Jorge Luis Moreno, Sabrian Seara, and Paulina Matos all appeared in scenes with her.

LinkedIn Biography of Ana Wolfermann: “I am an actress and digital creator from Venezuela currently living in Miami, Florida. I am also a sophomore at the University of Notre Dame double majoring in Film, Television, and Theatre, and Visual Communication Design. As an actress, digital creator, and aspiring filmmaker, I am most passionate about creating meaningful work that has the power to inspire, connect, and educate.”

Ana Wolfermann earned a Bilingual International Baccalaureate Diploma from Coral Gables Senior High School in Miami, Florida in 2019. She then went on to the University of Notre Dame to study cinema, television, and theater, where she is currently a third-year student earning a Bachelor of Arts degree.

When the epidemic broke out in 2020, Wolfermann began making films on Tik Tok. She promotes happiness, creativity, and love on social media by sharing her college lifestyle videos, personal aspirations, guidance to young ladies, and fashion interests.

Wolfermann was cast as Felicia Alvarado in Anne Garca-Staging Romero’s the Daffy Dame, directed by Kevin Dreyer, at the University of Notre Dame in 2019.

Where is Ana Wolfermann from?

Ana Wolfermann and their family immigrated to the United States from Florida and since then they have been living in Miami.

Where does Ana Wolfermann go to college?

Ana Wolfermann earned a Bilingual International Baccalaureate Diploma from Coral Gables Senior High School in Miami, Florida in 2019. She then went on to the University of Notre Dame to study cinema, television, and theater, where she is currently a third-year student earning a Bachelor of Arts degree.

We hope this biography article of Actress Ana Wolfermann will be helpful for you to understand her journey and works.