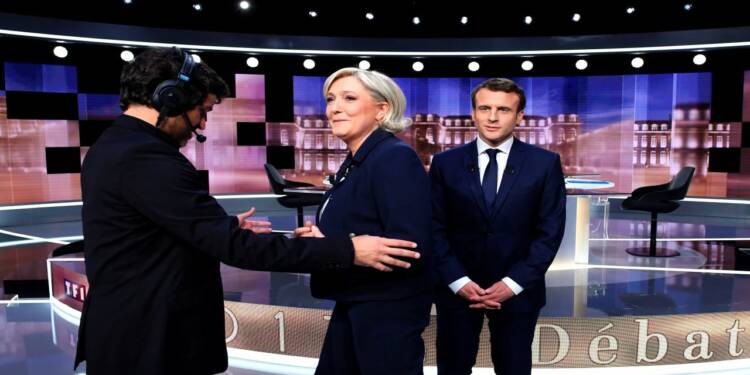 Emmanuel Macron is riding a safe bus to secure his second term in office as the president of France, or maybe this is what it appears to be. As many say things can turn on a spur of the moment. The recent opinion poll from France suggests that Far-right candidate Marine le pen is closing in on Macron and appears to be the clear favorite to battle out for the presidency with the incumbent Macron. But how did the unpredictable happen?

What went wrong with Macron?

Since the outbreak of the Ukraine war, French President Macron saw a meteoric rise in his rank amongst the global elites. Take for example his hasty run to Moscow to pacify Putin or take the leadership role of the EU and sidelining the US from its policy decisions. With this approach, Macron gave a clue to the political observers that his re-election seemed a case of certainty.

After ascending to the throne of the presidency half a decade back, Macron, the much-touted liberal back then, has made a paradigm shift in his image with his policy decisions. The former banker turned president was consistent with his decisions and openly bashed the left-wing hardcore communist and decried out loud the perils of bourgeoning radical Islamism in the country. You see, this was enough for Macron to enjoy sufficient backing among the traditional right-wing voters in France who had no qualms about voting for him.

But, it seems like the height of complacency has taken over Macron in the immediate past who was visibly on a busy run to crown himself as the newfound leader of Europe. Macron’s involvement in the geopolitical arena was too much for the people in France who seemed disillusioned with the rising inflation and his diminishing concern for matters that affected the nation.

Aware of the space she was provided with, the first contender to Macron, Marine Le Pen lost no time to head back and is now at her diligent best in addressing the disconnect between the French president and the normal public. Her rhetoric with a base of nationalism was quick to change the tides for the impending presidential election. But is it just immigration and inflation that ensured the current sway of voters towards Marine, or are there any other cards at play?

When asked about which leaders she admired, Marine was quick with her answer: India’s Narendra Modi, Britain’s Boris Johnson, and Putin.

“I have respect for Vladimir Putin because he defends the interests of Russia,” she said.

In contrast to Macron’s style of Politics, Marine never went heaping praise on Putin or openly admitted her support for the Russian leader. She carried the opinion that the Ukraine issue had nothing to do with what is happening in France, and lambasted Macron for his over-involvement in a war that had nothing to do with the interest of what France stands for.

Moreover, she admits to having imbibed from Putin the notion to keep the interest of the nation above everything. This narrative helped her get into the commoners by large. Her supporters were even seen circulating campaign leaflets showing her shaking hands with Putin.

In a puerile thought to grab some brownie points from this, French Finance Minister Bruno Le Maire jumped the gun to say that “there would be less sovereignty because we would-be allies of Russia, of Vladimir Putin.”

This statement never shook the French people nor were they interested in what was happening in Russia. Marine Le pen to a large extent has been able to rope in voters who considered her toxic long back. The Rebranding she has been able to do is sure to give Macron sweats for the coming days. It was very noticeable when last week Macron said in a public address that he could very well lose to one of his “far-right” rivals.

Finally, it seems like Macron’s bolstered image on the world screen is of no help when it comes to addressing the national issue. Aided by a stupendous campaign, Marine Le pen is sure to haunt Macron in the big race.