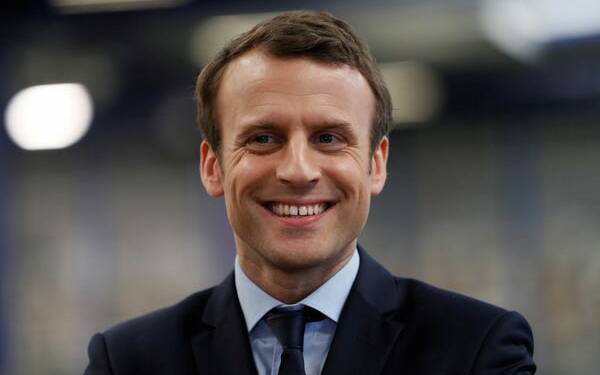 Emmanuel Macron has killed two birds with a single stone using his extraordinary diplomatic skills over the Ukraine crisis. Not only the French President is laying the groundwork for a long-term decisive French leadership of the European Union, but he is also impressively shoring up his falling approval ratings at home.

France is going into Presidential elections this April, and Macron’s challengers were looking to close in on him as per the poll results revealed last December. Macron was shown faced with tough competition from far-right candidate Marine Le Pen.

The poll had shown both Macron and Pen scoring 50% points in the second round of voting. But now, France’s state-backed France 24 channel has reported that Macron’s approval ratings have already gone through the roof given his popular stance on the Ukraine crisis.

Macron, who is set to face elections after seven weeks, is nowhere close to election campaigns; instead, the French leader is chained to his chair and is focused on the crisis in the East. He is talking to the global leaders having vested interests in the Ukraine crisis, bagging headlines across continents and reposing confidence in his voters.

France 24 later mentioned that the recent poll results massively favoured Macron over his challengers and that the president was looking all set to make a comeback in the April elections. Macron’s constructive role throughout this crisis has been lauded by analysts worldwide and is now being acknowledged by his opponents as well.

Macron kept pursuing a logical and practical Russian policy even as Biden kept fuelling the crisis in Ukraine. He prioritized diplomatic talks ahead of Biden’s warmongering.

Macron’s efforts appeared to be paying off in the small hours of Monday when he got Biden and Putin to agree, in principle, to a summit meeting. But within 24 hours, things were tensing up again with Putin recognising eastern Ukraine’s breakaway republics as an independent.

Even as the Macron administration accused Putin of “failing to keep his words” after he ordered his troops into Ukraine, people were still showering him with praises saying that their president had “at least tried to cool down the tensions.” Now, Macron is leading the EU’s efforts to put Russia off the SWIFT payment system.

Macron’s PR machinery is making full use of this episode, however. His personal photographer even posted a series of pictures of the president at his desk at the weekend, unshaven and his face lined with fatigue.

My new obsession: These behind-the-scenes photos of President Manu published to the Instagram account of Soazig de la Moissonnière, the official photographer of the Prez. They are…something.https://t.co/Q0y8kl3MVY pic.twitter.com/ZCQBZTaCKG

There is no doubt that Macron is leaving no stone unturned in his efforts to maintain peace in Europe and to prevent the EU from faltering. And his opposition is already rattled, realizing the fact that the President had checkmated them even without entering the political arena at home.

“This is the kind of political show that the president loves,” said Thierry Mariani, spokesman for far-right candidate Marine Le Pen. “There is no concrete result because the Americans and the Russians are the ones calling the shots.”

But what Macron’s opposition thinks doesn’t matter at all! The French voters have already made up their mind—there are going to back their hard-working president, no matter how Putin plays his next cards and whether Kyiv survives or not.