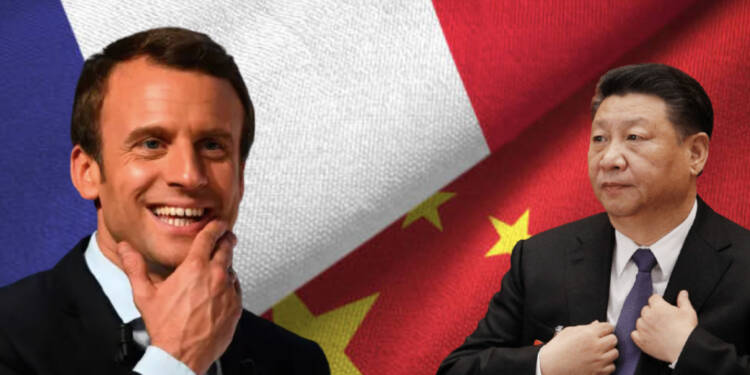 France is going into elections this April, and French President Emmanuel Macron is now making it a point to remove every single speck of Chinese influence from his country. And his target is China’s biggest geopolitical tool overseas— its all-powerful propaganda regime.

Macron said on Tuesday that online platforms and foreign “propaganda” media are the main drivers behind the spread of disinformation in the country — and he wants to rein them in. He said, “Online platforms, influencers, and also citizens who sometimes take a considerable place in the public debate precisely through these new platforms … must have a framework of responsibility that is yet to be built.”

Macron’s vow of cracking the whip on foreign media and propaganda outlets is nothing less than a death knell for the Chinese information warfare. Frankly speaking, Macron is a national security threat for the Chinese regime! He is vocal about China’s rampant human rights violations. He is reshaping the EU policies to harm Beijing’s interests. And now, when France has assumed the presidency of the EU, red flags have gone up in Beijing.

Beijing holds extraordinary expertise in carrying out information warfare on foreign lands. In September last year, a French study had warned of massive Chinese influence in several nations of the world, including France. As the authors of this report mentioned; China today thinks that “it is safer to be feared than to be loved”. So, it is using its propaganda machinery to instil fears among the foreign governments.

If the latest opinion poll data is to be believed, Macron is faced with tough competition from far-right candidate Marine Le Pen. The poll showed both Macron and Pen scoring 50% points in the second round of voting. So, any foreign influence or propaganda warfare could bear a significant impact on the poll results.

After Angela Merkel’s exit from the German administration, China has lost control of the EU’s China policy now. So, China is attempting to placate the French government to soften the EU’s stance, right before the Beijing Olympics. For instance, Chinese foreign minister Wang Yi recently invited the diplomatic counsellor to Macron, Emmanuel Bonne, to visit China and hold a “strategic dialogue” with the Chinese government.

China fears that a French presidency could damage EU-China relations beyond repair. So, for the time being, China is tactfully flirting with the French government to dampen Macron’s anti-China campaign. But in the long run, China is aspiring to ouster Macron using its information warfare.

China’s information warfare is real, and it is indeed powerful. For instance, newly emerged reports now reveal that China-backed propaganda campaigns had played a key role in defeating several Conservative, China-hawk candidates in the 2021 federal elections. For example, a Conservative MP called Kenny Chiu became the target of China’s propaganda warfare only after he threatened to expose all China-linked agents in the Canadian administration. Resultantly, Kenny Chiu lost his House of Commons seat in the last year’s elections.

But Macron is no mundane! He knows how to handle this Chinese scum. He realizes he is fighting at various fronts, and battling with Chinese propaganda is the most dangerous of all. So, even before China’s information warfare could weigh down Macron’s streak, the French President has decimated it completely! And that means the Chinese regime must brace for even tougher days ahead.
Tags: ChinaEmmanuel MacronFranceShort takesXi Jinping
ShareTweetPin
Previous Post