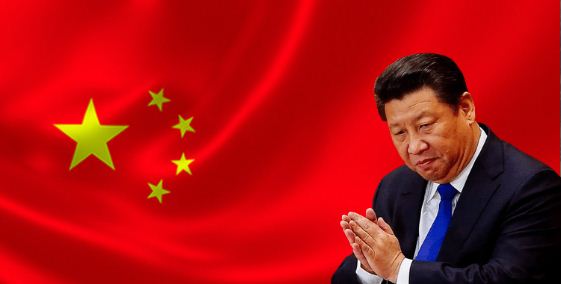 Kenny Chiu is a former Canadian conservative MP. He hails from Hong Kong, migrated to Canada in 1982 and won a House of Commons seat in the 2019 federal elections. Today, Chiu is barred from visiting his home city; since Beijing imposed sanctions on him in early 2021 for advocating Hong Kong’s democracy. While being in the parliament, he never betrayed his emotions in loathing the communist state.

The bill that scared the living daylights out of Beijing

In the spring of 2021, Kenny Chiu introduced a private member bill that apparently spurred shockwaves far away in Beijing. This bill was called the Foreign Influence Registry Act (Bill C-282). The bill intended to impose “an obligation on individuals acting on behalf of a foreign principal to file a return when they undertake specific actions with respect to public office holders.”

However, the bill could never see the light of the day. It became the target of a misinformation campaign. Channels on WeChat and WhatsApp were used to label Kenny Chiu as a traitor for the Chinese community. Anonymous WeChat messages accused Chiu of wanting mainland Chinese immigrants to register as foreign agents. It was then that the Chinese government-sanctioned him. China’s ambassador in Canada launched a scathing attack on Chiu and declared that Beijing opposed those politicians who “smeared” China.

China harnessed WeChat, a popular app among Chinese migrants, to disseminate its fake news and propaganda campaign against Chiu. And not just Chiu, other politicians vocal against Beijing’s oppressions in Hong Kong and Xinjiang were also targeted by these misinformation campaigns. A theory was peddled that the conservative party of Canada was engaging in racial discrimination against the Chinese.

For China, disseminating its information warfare using uninformed Chinese voters in Canada is a Child’s play. WeChat helps China tremendously. For most overseas Chinese, WeChat is the only go-to social media platform. Due to the language barrier and unavailability of other credible news sources, the Chinese tend to believe what is shown to them on WeChat. So, China flawlessly registered a victory against Chiu in September last year, when Chiu lost his House of Commons seat in the 2021 federal elections.

Even the Conservative party believes Kenny Chiu’s loss was linked to a misinformation campaign against him. This disinformation effort against Chiu was recently documented by the Atlantic Council think tank’s Digital Forensic Research Lab (DFRLab), in a November report. The report revealed that some Chinese language apps and media publications were heavily used to misrepresent the bill Chiu had tabled in 2021.

Also Read: Who enters Canada and who leaves Canada, China is aware of it all

A wake-up call for Canada

Kenny Chiu’s case explains why China-origin apps and media outlets must be considered a national security threat by all responsible governments worldwide. China must not be allowed to toss around the political system of other countries. Under the Trudeau administration, China’s influence on the country has only increased manifolds. Canada is falling, slowly but surely. The Canadians must break their China slumber right now.