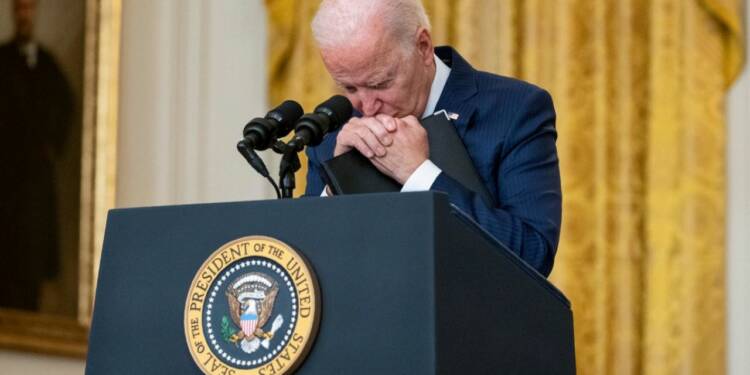 A historic event is about to happen as Democrat and U.S. House Speaker Nancy Pelosi is all set to visit Taiwan. Pelosi is expected to arrive in Taipei, Taiwan’s capital, on Sunday following a visit to Japan, according to reports published on Thursday in both Taiwan and Japan. This will be the first visit by a serving U.S. house speaker since Newt Gingrich visited Taiwan in 1997.

Ahead of the midterm elections scheduled this year. President Joe Biden is facing heavy backlash in the USA. Ever since he took over the Oval Office, the world has witnessed mayhem and instability of all stripes.

People in the US support Taiwan so, by appearing to strengthen US-Taiwan ties, Biden is attempting to alleviate his political woes and looking to retain his office.

Sleepy Joe responsible for Mayhem in the World

Joe Biden won the elections in the USA with the motto of ‘Build back Better’. But, the motto misfired.

The Afghanistan episode still haunts the first year of Biden’s presidency. When the Taliban took over Kabul after 20 years, Joe Biden delivered a mere 19-minute speech in which he just blamed the Afghan military, Afghan leadership, and the Trump Administration for the humanitarian disaster.

6 months later, A war broke out between Russia-Ukraine. The war shocked everyone leading to a rise in fuel prices and eventually, Inflation. The Americans looked at Joe Biden with the hope that ‘Ukraine will get military aid’. But, Joe just kept on sleeping.

Ever since the tensions between Russia-Ukraine started to happen, Joe Biden promised Ukraine that every possible help will be provided to Ukraine. But, later on, nothing happened except sanctions.

Another Mayhem is possibly knocking on the door, The Mayhem will be known as the ‘Chinese invasion of Taiwan’.

China views Taiwan as a traitor province and vows to eventually unify the island with the mainland. The tensions have escalated since the Russian invasion.

We believe that the official visit of Pelosi to Taiwan is to send a message to allies that the U.S stands strong with Taiwan, and won’t allow Taiwan to become the next Ukraine.

But honestly, this visit will only instigate the tensions. Chinese Foreign Ministry spokesman Zhao Lijian said at a regular briefing, that China objects to Pelosi’s visit and stated that if she visits, Beijing will take strong measures and only the U.S will be responsible for the consequences.

Biden’s Approval Rating is going down

One major reason why US Official is going to visit Taiwan is Biden’s falling approval ratings at home.

Joe Biden’s approval ratings kept falling in his second year in the White House, with just 40% of Americans approving him in his office. A mass discernment is easily visible. After the war began, this is probably the lowest rating Biden has seen in his short stint at Washington.

Another major point of the poll is that 71% of respondents believed that the USA is ‘on the wrong track ‘.

The People in the US support Taiwan. A 2021 Chicago Council Survey data indicated that a majority of Americans support a range of US policies towards Taiwan and distrust of China is a significant factor in US public support. These policies include recognition of Taiwan as an independent country, inclusion in international organizations, and a US-Taiwan free trade agreement.

Joe Biden and Democrats see Taiwan as an opportunity to restore their image and win the coming midterms smoothly.

Well, the first two years of POTUS have not been kind to the World. America’s image as a world power stands questioned, taking into consideration the ‘Afghanistan Crisis’ and ‘Russia-Ukraine War’. During this visit, Joe Biden will try to strengthen US-Taiwan ties with a major aim to alleviate his political woes.