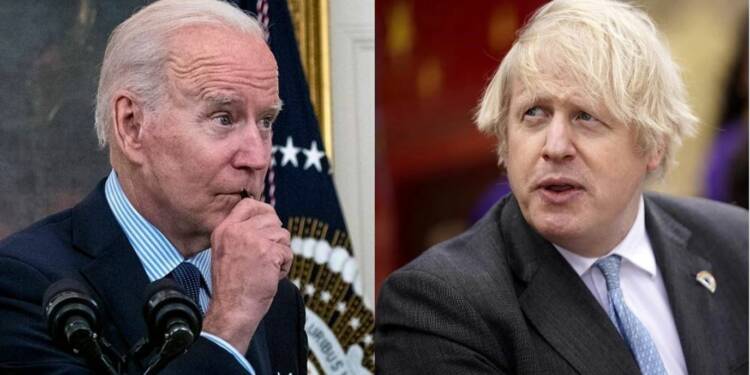 The USA under the Biden administration has become really notorious when it comes to leaving vulnerable allies in a pinch. This has made many close allies frustrated as they find themselves stretched controlling the mess that the Biden administration is creating the world over. Following the withdrawal of US forces this year, UK Defence Secretary Ben Wallace has accused NATO partners of refusing to join a British-led military coalition to support Afghanistan. Wallace told the Daily Mail that he thought Washington’s pact with the Afghan Taliban to end the war was “rotten.” While he may be a one-off person in the position of power to express this, many hold a similar view in off the record conversations.

The Taliban have been in the process of recovering large swaths of Afghanistan from government forces since the start of the coalition troop pull-out, taking control of six provincial capitals since Aug. 6. When the UK approached “like-minded” nations for cooperation, Wallace said his efforts to help the country’s struggling government fell on deaf ears. In an open criticism of Biden’s Afghanistan policy, he signalled that NATO as an organisation will suffer while Afghanistan may turn into a lost cause, the process of which has already reached an alarming scale.

While the criticism of Joe Biden’s policies has seen a domestic backlash on multiple fronts, this can be considered a major diplomatic failure as countries as close to the US as the United Kingdom are also complaining of Washington abandoning its promises. In such a situation the possibility of the UK continuing alone in Afghanistan was raised. However, according to Wallace, it was deemed impracticable due to the UK’s responsibilities to other military theatres and its national security interests.

He told the reporters, “All of us were saddened, from the prime minister (Boris Johnson) down, about all the blood and treasure that had been spent, that this was how it was ending.” “I did try talking to NATO nations, but they were not interested, nearly all of them,” he said. “We tried many like-minded nations. Some said they were keen, but their parliaments weren’t. It became apparent pretty quickly that without the US as the framework nation it had been, these options were closed off.”

These comments exuberate a mixture of helplessness and disgust towards the sorry state Biden administration has left Afghanistan in. The situation for the UK government is precarious too, as the voices for the removal of forces from Afghanistan have started gaining traction. However, the voices in support of helping Afghan government forces have also come in limelight.

Two former defence ministers have pushed for British troops to return to Afghanistan’s frontlines to prevent the Taliban from seizing power. Ex-Commando Johnny Mercer and Tobias Ellwood, head of the Commons defence committee, are among those calling for the UK to reconsider its decision to leave the country. The pull-out, which began after President Joe Biden announced that US troops would be returning home, has already had dramatic consequences for the region.

Read more: ‘Joe Biden is Jimmy Carter 2.0,’ Ted Cruz tears into the US President for being an all-round failure

According to Joe Biden, there is a “zero” valid comparison between the chaotic US withdrawal from Vietnam and what is happening now. However, if the Taliban retakes power, the difficult questions will only become more pressing and how things are unfolding, the UK seems to be the first country to ask these questions. According to a New York Times report released last month, which stated that in less than two months, the militant movement has gained control of 150 of Afghanistan’s 421 districts. While these claims are still contested, one cannot deny the intensity with which things are changing in Afghanistan.

“It saddens me that the deal picked apart a lot of what had been achieved in Afghanistan over 20 years,” Wallace said. “We’ll probably be back in 10 or 20 years. But acting now is not possible. The damage was done with the deal.” With these comments, he did not shy away from placing the blame where it is due. Wallace argued that the US decision to deal with the Taliban had convinced the terror organisation of its rising power, giving it the confidence to challenge the Kabul government and circumvent the peace deal.