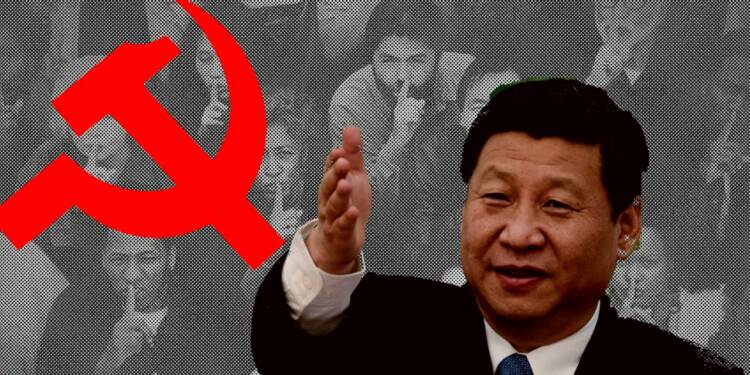 Chinese President Xi Jinping and the Communist Party of China are worried and anxious for the upcoming presidential elections. The party regime is working day and night to ensure Xi’s third term is secured without any hindrance. Jinping has been trying to consolidate all his power to become the ‘President for life.’

From his so-called anti-corruption campaigns prominently targeting his rivals in CCP to unprecedented crackdown on the EdTech sector, he has been incessantly trying to tighten his grip over the power and nullify his rivals. In a startling move, Jinping recently kicked-off a formal campaign to keep a check on the algorithms used by big tech social media firms like ByteDance and Tencent.

In a blatant move to tighten the censorship and control the flow of information on Chinese social media, Chinese regulators are now aiming to devise far-reaching rules about the algorithms that technology companies use to recommend videos and other content on their platforms. These rules would directly affect companies including ByteDance Ltd. and Tencent Holdings Ltd.

It is a 30-point draft proposal designed by Cybersecurity Administration of China under the banner “algorithm recommendation management regulations”. The rules would forbid practices that disrupt social and economic order or jeopardize national security. Under the guidelines, the tech companies must provide convenient mechanisms that users can use to turn off certain algorithm recommendations. Such algorithms that endanger national security or can influence public opinion will now be needed to be quashed by the company.

Last year, Jinping razed down Alibaba’s business empire and considerably stemmed Jack Ma’s consolidation of wealth and influence over the past few years. A report published in Wall Street Journal (WSJ) last September had revealed that Big Tech’s deplatforming of former US President Donald Trump could have prompted the Chinese president to embark on a rampage against Chinese business tycoons and celebrities, in his bid to avert any such attempt in China.

In the US, the leader of the most powerful state on the face of this planet essentially found himself stripped of the fundamental right of the freedom of speech at the hands of belligerent tech companies. While the development was horrendous for Donald Trump, it had set the alarm bells ringing for Jinping too. As per the WSJ article, “early this year, when Facebook Inc. and Twitter Inc. took down former U.S. President Donald Trump’s accounts, Mr. Xi saw yet another sign America’s economic system was flawed—it let big business dictate what a political leader should do or say—officials familiar with his views said.”

Jinping’s anxiety about the power of private capital has increased manifolds since then. As per Jinping, private capital has menaced the party’s legitimacy. The business owners, who worked outside the ambit of the CCP, had not only accumulated wealth but massive influence too. For highly anxious Xi Jinping, the position that a few businessmen held in the country was seen as a potent threat for his already fragile sway over the country. And when, in October 2020, Jack Ma boldly criticized China’s financial regulators at a public event, Jinping realized it was the time to rein in the country’s thriving tech sector and alleged “political ambitions” of the business tycoons. The Tech sector got bulldozed in a few months, and the tech giants found themselves strangled at the hands of a megalomaniac Jinping.

So, that’s why the Jinping regime is now going all out to impose even stricter regulations on Chinese social media giants. So, during this election period, Xi doesn’t want any one of these big media giants to create troubles for him.