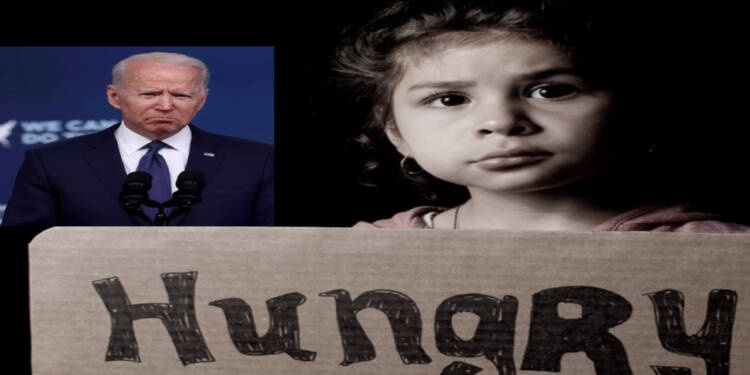 Ukraine provides 12% of the world’s wheat, 15% of the world’s corn, 15% of the world’s barley and 50% of the world’s sunflower oil. Ukraine is called the breadbasket of Europe, however, it has since been discovered that many countries rely on the Ukraine-Russia combination for their food needs. Crisis-struck nations in the Middle East and North Africa (MENA region), for example, face a major food security crisis as global food supply chains get disrupted by Putin’s war on Ukraine. While Europe most definitely feels the pinch of Ukraine’s inability to supply it with food, the United States is not in a pretty position either.

Late last month, Joe Biden admitted that the war in Ukraine will have an impact on the food security of the United States as well. He said, “We did talk about food shortages. And it’s going to be real. The price of these sanctions is not just imposed upon Russia, it’s imposed upon an awful lot of countries as well, including European countries and our country as well.”

What is the Biden administration doing to address the crisis?

Nothing. Biden refuses to take steps to prevent a food crisis in the United States.

The United States of America needs to rapidly increase domestic food production. If it fails to do so, in the coming weeks and months, the country’s grocery stores will run empty. There will not be enough food to feed the population, and Americans will basically face an intense food shortage – if not all-out starvation.

Here’s where things get frightening. Joe Biden has the power to prevent a food crisis in the United States, but he would rather have Americans starve and ration their food than actually try and increase the country’s food production.

Farmers and even lawmakers have been calling on the Biden administration to allow agricultural activities and cultivation on Conservation Reserve Program (CRP) acres. CRP is a land conservation program administered by the Farm Service Agency (FSA). In exchange for a yearly rental payment, farmers enrolled in the program agree to remove environmentally sensitive land from agricultural production and plant species that will improve environmental health and quality.

Senator Marco Rubio is one among many demanding CRP land to be used for agriculture given the disruptions in global food production and supply chains. Approximately four million acres of “prime farmland” are currently enrolled under the Conservation Reserve Program. If the acres get planted, they could yield another 18.7 million tons of grain.

The Biden administration has refused to entertain the proposal. Joe Biden’s Agriculture Secretary Tom Vilsack told the National Grain and Feed Association that re-opening the farmland would have “a significant and detrimental impact on producers’ efforts to mitigate climate change.”

Read more: Algeria-Morocco Crisis – The first American war in a long time which is not for oil but for food

You must remember that the European Union has taken bold steps to ensure that its 27 countries do not have to suffer starvation. The Brussels-based Commission has allowed farmers to temporarily grow crops on the almost 6% of EU agricultural land that is set aside to boost biodiversity. Additionally, the EU will distribute 500 million euros to aid farmers hardest hit by the ongoing crisis.

Does it make any sense for the Biden administration to continue with its climate lunacy while Americans face the prospect of starving due to an intense food crisis in the near future? While countries around the world desperately try to avert an all-out global food crisis, the Biden administration is refusing to take concrete steps that will mitigate the same. Joe Biden is working on a mission mode to ensure that Americans starve to their end.