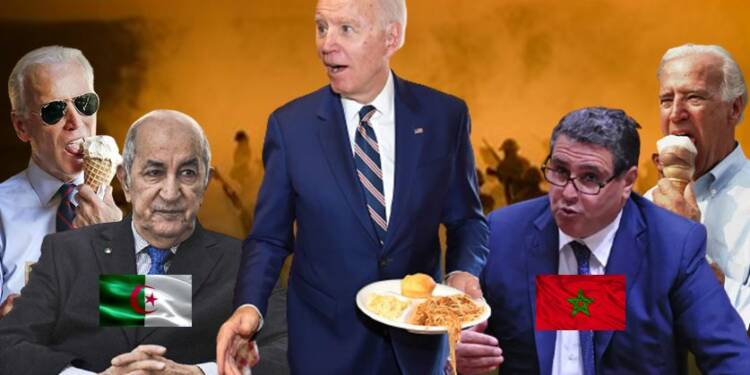 The United States of America has waged many devastating wars for oil. Of course, the military-industrial complex of America, or what is also known as the ‘deep state’, wages wars across the world to mint money for the United States, but that is a story to be told some other day. Today, with the Biden administration at the helm of affairs in Washington DC, the main drivers of war seem to be shifting. Now, the United States expects to not import any oil by 2035, owing to its own fracking revolution.

Also read: An Israel-US shadow war is underway in the guise of Morocco-Algeria showdown

But it does need food until human civilisation prevails on the face of the earth. There is no alternative to breakfasts, lunches and dinners. And the United States depends, like all other countries, on one particular region of the world for food. And that region is called the Western Sahara. Coincidence, right? We have been talking so much about the Western Sahara, the Morocco-Algeria conflict and how Joe Biden is trying to stoke tensions in North Africa. Today, we tell you the one reason behind the American deep state’s thirst for war in Western Sahara.

World agriculture depends on phosphates. Phosphate, along with nitrogen, is one of the two most necessary components of synthetic fertilizers. Phosphate, unlike nitrogen, is a finite and exhaustible resource – much like oil. Western Sahara – a disputed region between Morocco and Algeria, has perhaps the second-largest phosphate reserves in the world, after Morocco itself. Together, Morocco and Western Sahara hold more than 72% of all phosphate-rock reserves in the world. And Western Sahara is currently under the control of Morocco.

Also read: Away from the media limelight, Algeria-Morocco border is developing into a WW3 situation

According to the Atlantic, in the 1960s, the widespread use of synthetic fertilizer, part of the Green Revolution, allowed millions of people who would have otherwise starved, to be fed by dramatically expanding the land suitable for agriculture around the world. So, phosphate is crucial, and this resource is currently under Moroccan monopoly. Does the Biden administration like such vast reserves of phosphate being under Moroccan control? No, which is why it is strong-arming the North African country by signalling to it that it could end up on Algeria’s team soon.

There are no moral reasons behind the sudden uptick in tensions in the Western Sahara. The fact is, the Biden administration is strongarming Morocco to hand over phosphate control to Washington. Biden seems to be hoping for a deal in which the United States is made a crucial member of Morocco’s phosphate monopoly. The U.S. does not abhor monopolies. It simply abhors those which it is not a part of. And then, recent inflation in the U.S., apart from stores running out of essential supplies including edible items, seems to have given the chills to Biden.

Morocco alone, as a sovereign entity, controls phosphate supplies around the world. This is a nightmare for Democrats, who like to have control over all walks of life around the world. Food – which is essential for all, is what seems to have caught the attention of the Biden administration now. And while America has waged many wars for oil, it is soon about to trigger one for the sake of food.