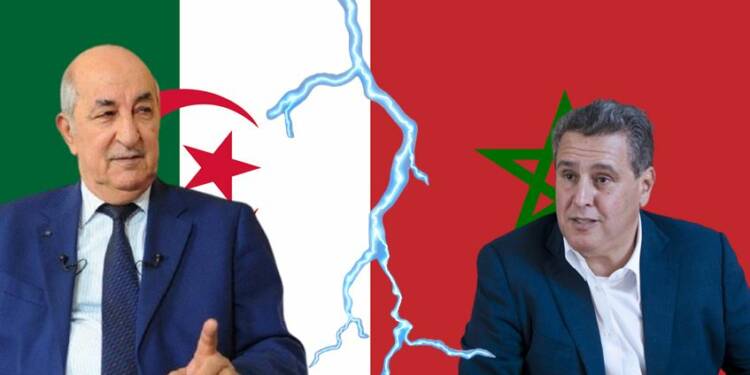 Israel and Morocco had normalised relations last year, as part of the Abraham Accord deals brokered by the Trump administration. In exchange for Morocco’s recognition of Israel and establishment of ties with the Jewish nation, the Trump administration had recognised Western Sahara as part of Morocco. But here’s the deal. About 80 per cent of Western Sahara is controlled by Morocco, and there is an Algeria angle here. Algeria lies to Morocco’s east. So, Algeria primarily remains landlocked, and therefore, it has been eyeing Western Sahara for itself.

Algeria wants control over Western Sahara as the region gives it direct access into the Atlantic without having to go through the Gibraltar Strait located near Algeria’s enemy – Morocco. As has been explained by TFIglobal recently, Israel and the United States are waging a shadow war in Morocco and Algeria. The Biden administration does not seem very keen to follow the Trump administration’s policy of recognising Western Sahara as a part of Morocco. Instead, Washington now seems to be inclining towards Algeria.

Guess which other country supports Algeria? The Shiite nation of Iran. In September, at the side-lines of the 76th session of the UN General Assembly, Iran’s Foreign Minister Hossein Amir Abdollahian met with his Algerian counterpart, Ramtane Lamamra, where they discussed the need for upgrading bilateral relations. This was followed up as recently as 11 November, when the pair shared a telephone call. Algeria has also formally invited the Iranian diplomat to visit the Shiite country. Iran and Algeria also find friends in each other owing to their support for the Polisario Front, which is a militant movement in the Western Sahara territory of Morocco.

Israel Cosies Up with Morocco

Israel and Morocco had normalised relations last year, as part of the Abraham Accord deals brokered by the Trump administration. Israeli Defense Minister Benny Gantzis is currently visiting Morocco. Gantz will be signing a defense deal with Rabat during his visit and will meet with his counterpart, apart from the Moroccan foreign minister. Now, further details of this visit have come to light, and Israel and Morocco have decided to go all-in for a committed relationship in order to challenge the nexus building between Algeria and Iran.

Read more: An Israel-US shadow war is underway in the guise of Morocco-Algeria showdown

Benny Gantz will be signing several security cooperation agreements with Morocco which may also include the purchasing of the Iron Dome defence system. Most importantly, Israel is looking to set up a military base in Morocco. According to El-Espanol, the proposed base will be situated in the Afso area in the Nador region which is some 68 kilometres south of the Spanish enclave Melilla. According to Atalayar, the agreements between the Jewish and Alawai nations would include the purchase of Israeli drones by Morocco or the manufacture of kamikaze drones in the Alawi kingdom with the collaboration of the Israelis, who could produce large quantities at a much lower price.

Could this Trigger World War III?

We are all aware of Russia’s involvement in the African continent as a whole. In North Africa too, Russia exercises significant influence. Now, the Biden administration is trying to stoke tensions between Morocco and Algeria. And both these countries have begun building alliances. While Algeria has Iran, Morocco has roped in Israel. Now, Turkey could also end up supporting Algeria by following Iran’s lead. Arab states, led by Saudi Arabia, Egypt and UAE could also jump into the conflict in favour of Morocco, since they have accepted Israel as a power to be reckoned with. The European Union, meanwhile, is following Biden’s line of supporting Algeria.

Recently, the European Court annulled the EU-Morocco agriculture and fishing trade deals, while holding that they were not agreed to with the consent of the people of Western Sahara.

On August 24, Algeria severed its limited bilateral ties with Morocco and accused it of causing wildfires in the Kabylia region that has claimed the lives of dozens of Algerian armed forces personnel. Thereafter, Algeria also closed its airspace to Moroccan aviation.

So, things are evidently flaring up in North Africa, and this could just trigger an uncontrollable war for the world.