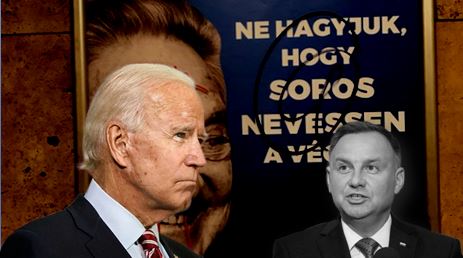 After the brutal unfolding of the Ukraine war, many might have pictured a global force with imperial clout lending its supporting arms to Ukraine. The wait for a lead was indeed long. Altering all perspectives, it was Poland who stepped in to fill the big shoes left out by the Global superpowers. Not in anyone’s tremor of thought did it occur that a country branded ‘Totalitarian’ by the west would rise to fight for Ukraine. But Poland had its reasons.

With Putin’s war in Russia shifting the focus of the EU eastwards, Poland felt the opportune moment to position itself in the fight to score some points with Brussels. Poland for long has maintained their tough stand on Russia and has been at the forefront with sanctions than any other country in the EU. The ploy was to nurture grudges with Brussels and at the same time make the world believe that Poland is on the right side of international politics.

Riding the good guy status of today, the approval ratings for the current government in Warsaw has also seen a rise. It lends them a voice, an authority over the EU to consider the reversal of the tougher sanctions imposed and the blocked pandemic recovery fund that the EU was tentative to give in for the assumption that Poland might misuse.

Russia’s invasion of Ukraine glowed a joyous time for Poland but the rebranding Warsaw has been able to do for long may not end up helping them in their everlasting dispute with Brussels. The volley of incidents that Poland took part in is sure to grab eyeliners in Moscow, but it won’t be Russia who would start their tirades of firearms at Warsaw, rather it will be the muddied hands of the US along with the EU that would take the first dig to Poland’s Dream run.

Read more: Biden oversees the breakup of EU with crushing sanctions on Hungary and Poland

Back in 2020, Biden’s opinion on Poland set off a diplomatic firestorm. Poland was accused of being totalitarian by Biden. This was particularly at a time when poles in large stood favorably with the United States. But straight to now, despite the amicable cooperation enjoyed by both the countries, Biden is yet to change in full from his infamous opinion about the poles back in 2020.

Poland in recent times has been cozying up to the US. The only thing standing in common between the both is the rabid hate they display towards Russia. For the small political gains that they wish to take alongside, Poland has been riding an attitude of willful acceptance of whatever the west suggests.

At present Poland’s strong stand is coming under friendly fire. The US has requested Warsaw to veto a media law if done will see the ownership opening spaces for foreign enterprises to invest in. The need to veto the law echoes the similar state of affairs that Hungary got mired in. Orban’s victory in Hungary is a testament to his stance against Media tycoon George Soros. Soros sponsors an ample number of media portals and NGOs and wrests control over them in the narrative-building process that could simply reshape the cultural and political nous of a country. A typical example was the dismay palpable from the EU after Orban’s victory in the latest polls.

On one hand, the EU is hammering Poland to change its judiciary. It’s done under the threat of blocking pandemic relief funds and sanctions and on the other, the US with its untiring mastery of coercion is forcing Poland to change its laws that the west deems too conservative. If acquiesced, these actions could invariably evoke concern for the cultural ethos put forward by the polish nationals.

The polish antipathy towards Russia is natural, but the tedious reality of today gives the cue that it is not Russia but the team of the US and EU that the poles should fear.