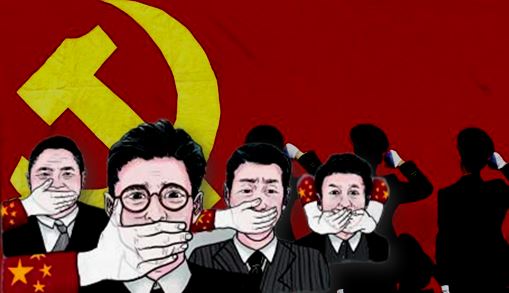 One needs to ask the mandate of the people if they want to be a politician. This is exactly what happens in a democracy. However, this isn’t the situation in China. To climb the political ladder in China, simply contact a ‘Power Broker.’ Power brokers exist in China, just as real estate brokers exist in the United States. All that is required to advance in the political game hierarchy, is a ‘referral.’

The vicious industry of power brokers

Assume that the Chinese Communist Party’s various political levels are arranged in an “upright pyramid.” By default, the leader who attains the highest rank in the CCP also serves as China’s president. There’s a hierarchy of layers below, each with a different amount of people. To rise through the ranks, one must first compete in an election, which should ideally take place in a democratic country. However, this is not the situation in China. All you need is a “strong referral” from someone who can vouch for you and witness your trustworthiness.

One such instance of power-brokering surfaced a few years back. Former deputy minister of public security Sun Lijun used to be one of these power brokers. For years, he was Meng Jianzhu’s (Former Chinese Minister of Civil Affairs) most devoted senior aide, eventually becoming a Politburo member, and from 2012 to 2017, the country’s highest-ranking official in charge of law and order.

This has resulted in the emergence of a murky business of power brokers giving promises of career advancements in exchange for money or other favors.

Issues with the system

This method is so ineffectual. Many elements are certainly involved in the system’s flaws. The power brokerage system’s policymakers are unaccountable and untrustworthy. In an ideal democracy, the best-qualified candidate would be appointed to the position, but China’s structure does not have scope for this.

Another drawback of China’s problematic referral system is that the president has the final decision-making authority regarding the appointment of officials at various levels, contrary to what a democratic country exercises where those in power have a realistic chance of losing. Ideally, those who have been chosen by the public must have the ultimate decision-making power. However, in China, the President’s decision is final, and no one dares to criticize it.

This slew of procedures displays China’s favoritism-driven policy, which promotes nepotism a step further. In China, It’s essentially the President’s game, and no one can dare to question it.

China claims to be a democratic country, yet the entire power-brokering apparatus demonstrates that Beijing has a different definition of “democracy.” It sells the CCP’s shackled notion of democracy that it has won. Democracy in China is neither ‘for the people’ nor ‘by the people.’ The entire system is based on the whims and fancies of a select few at the top.

LBVS Meaning with Explanation and Definition