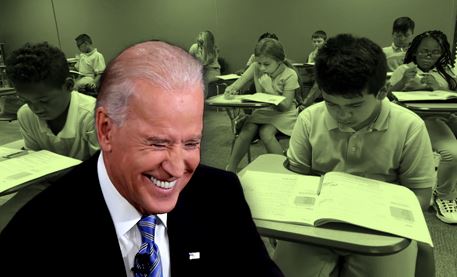 The Biden administration has waged a war against middle-class Americans who prefer to enroll their children in charter schools instead of private-funded schools. A Fox News report revealed that the Department of Education has drafted some proposals that would eventually kill the charter school program.

The new rules apparently force the charter school administrations to ensure diversity among the enrolled students. The rules would tighten requirements on charter schools seeking seed money, like proving that there’s a demand for a new school. The new rules would also put restrictions on how much outside for-profit companies could manage operations.

Another of Biden’s woke attempt

Critics of this bill say that new rules are designed to throttle charter schools’ funding, thus risking the very existence of charter school programs. But why exactly the Biden administration is suddenly going after American charter schools amidst soaring inflation?

But, first of all, let’s understand the modus-operandi of these charter schools. Charter schools are publicly funded but operated by independent groups. As per a vox report, these schools are not required to follow state-drafted policies and regulations for their day-to-day operations.

Now, given the heated debate around the Biden administration’s attempts to wokify the American education system, it is quite understandable why Biden is so adamantly trying to shove the new rules down the throat of charter schools.

By enforcing the new rules, the Biden administration would be in a better position to hijack the policymaking of these so-far independent schools. The new rules would enable Biden to impose his radical woke agenda on the US education system without exceptions and resistance.

Charter schools offer a competitive alternative to government schools and provide higher-quality education that caters directly to the parent’s needs. On the other hand, the unionized schools tend to run away from their responsibilities through easy regulations and seek to eliminate their competition by launching a campaign against charter schools.

Some experts also allege that the Biden administration wants to protect the interests of teachers’ unions and private-funded schools. Data shows that American parents are increasingly preferring charter schools over public ones.

A study showed that charter school enrollment increased 7.1% for the 2020-2021 school year, while public schools saw a 3.3% decrease – a drop of nearly 1.5 million students. That’s making the teacher union worried and livid. Their monopoly over the US education system is breaking and that’s what forced the Biden administration to go on a rampage against charter schools.

Given the American parents’ distrust for public schools and Biden’s war on the charter program, the private-funded schools are surely in for rosy days ahead. More and more parents will be forced to enroll their kids in private schools, which would take a heavy toll upon their economic well-being amidst heightened inflation. But, for Biden’s private school buddies, that’s nothing less than a treasure trove.