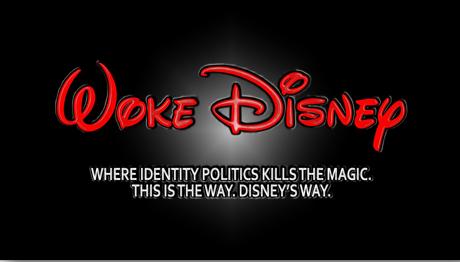 The Walt Disney Co.’s campaign to impose radical sexual agenda on American kids, by telling LGBTQ stories and “adding queerness” has been brutally exposed. And guess what, far-left employees at the company are not even being discreet about it. They are bragging about it.

Journalist Christopher Rufo has released internal Disney videos in which Disney Television Animation executive producer Latoya Raveneau can be heard saying, “Our leadership over there has been so welcoming to my, like, not-at-all-secret gay agenda.”

Read more: Disney proves its loyalty to the CCP yet again as it pressurises magazine to remove Chinese director’s anti-CCP quote

He further added, “I was just, wherever I could, just basically adding queerness … No one would stop me, and no one was trying to stop me.”

Raveneau however isn’t the only one pushing such an agenda that is not quite appropriate for the audience that watches Disney.

Well, that’s not it. Disney production coordinator Allen March was also caught talking about a “tracker” in a video call. What does the tracker do?

And the point is not just to introduce LGBT characters in the shows that your kid is watching. Rather, the plan is to make queerness and sexual orientation the central theme of the shows. And that is what has attracted negative attraction to Disney from all across the globe.

March said, “It’s not just a numbers game of how many LGBTQ+ characters you have.”

And yes, President of Disney General Entertainment Karey Burke was just as forthcoming on the issue.

She said, “We had an open forum last week at 20th [presumably Disney-owned 20th Century Studios], where again, the home of really incredible groundbreaking LGBTQIA stories over the years.” Burke added, “One of our executives stood up and said, ‘You know, we only have a handful of queer leads in our content.’ And I went, ‘What! That can’t be true,’ and I realized oh, it is true, we have many, many, many LGBTQIA characters in our stories, and yet we don’t have enough leads.”

Guess what, Disney executives were making remarks about continuing the sexual orientation agenda during a virtual meeting to discuss Florida’s Parental Rights in Education law.

Florida Governor Ron DeSantis signed the legislation that states, “Classroom instruction by school personnel or third parties on sexual orientation or gender identity may not occur in kindergarten through grade 3 or in a manner that is not age-appropriate or developmentally appropriate.”

How could you think that this can be beneficial to your child?

I mean, there is a certain age at which such subjects should be spoken to children. As a result, there’s nothing wrong with keeping discussions regarding sexual orientation and gender identity out of the hands of small children. This is why sex education is also not taught to children in kindergarten or grade three.

The law in Florida does not hurt or disrespect the LGBTQ community in any manner whatsoever. Despite this, anti-Florida propaganda is being circulated.

Disney has therefore been caught meddling with impressionable minds and forcing radical sexual agenda down the throats of 5-year-olds.

Japan’s EV industry is now at China’s mercy. Thanks to sanctions on Russia