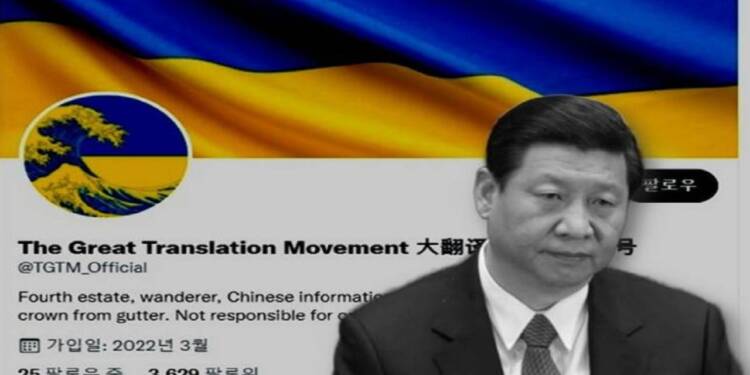 China, the second-largest economy of the world, is infamously called as ‘Black Box’ of the world. The reason is simple—the invisible cloak that it loves to keep donning. The great firewall of China and the language barrier that stand strong between the Chinese people and the rest of the world are what make China the most isolated country on this planet.

Why are the language barrier and the great firewall so important for CCP?

China has spent years controlling what content is allowed to pass the great firewall and what not. This helps China raise its population in a parallel delusional world where China’s might is shown second to none.

Moreover, the great firewall and the language barrier also help China keep the world from knowing what exactly is cooking in China’s head and how Chinese people are reacting to any particular development in the global geopolitical space.

For example, consider China’s reaction to the Russia-Ukraine war. China is positioning itself as a neutral player on the global platform but is fueling pro-Russian propaganda at home.

This brazen hypocrisy on China’s part and its shrouded domestic campaign to mobilize public opinion in favor of Russia got recently revealed through a groundbreaking initiative that the world is increasingly getting to identify as “The Great Translation Movement.”

What exactly is this movement about? Well, a group of anonymous translators keep posting translated content from the Chinese internet on Twitter and Western social media that enables non-Mandarin speakers to have a rare glance across the Chinese firewall.

The Great Translation Movement revealed in some posts that the Chinese government, through its regulatory and censorship measures, was actually promoting pro-Russian content on the Chinese internet despise deploring violence in Ukraine on the world stage.

CNN reported that those posts included a prominent military blog falsely claiming a Russian attack on a train station in Kramatorsk was actually carried out by Ukraine, a well-known media commentator dismissing the atrocities in Bucha, and a vlogger with hundreds of thousands of followers using a misogynistic term for Ukraine.

Seems like some people are looking forward to a nuclear winter#TheGreatTranslationMovement#大翻译运动#RussiaUkraineWar#Ukraine#China#Zelenskyy pic.twitter.com/ttmIKMyQiS

Bridging the gap between Chinese social media and the world

One of the anonymous administrators behind The Great Translation Movement was quoted by CNN as saying, “We want the outside world to at least know what is going on inside, because we don’t think there could be any change made from inside.”

So far, the movement has been astoundingly successful. The administrator said that some translated posts have been widely shared even on Chinese social media.

The movement is actually bridging the gap between Chinese people and the rest of the world. The movement has single-handedly pierced the great firewall of China and the language barrier that once served as a tool for the CCP to keep feeding its citizens with the CCP-affiliated content.

The Translation Movement also revealed how the CCP regularly intimidates its citizens to enslave their thought-process and neutralize any imminent political resent. One such translated instruction released by CCP for Beijing’s residents read, “Don’t express pandemic-related opinions online”. Another such instruction read, “Watch your own mouth or face harsh punishment.”

China livid at the ground-breaking initiative

Obviously, China is not pleased at the sight of its concealed language wall being ruthlessly dismantled by the Translation movement. Recently, China’s official news pamphlet Global Times accused the anonymous group of being “Chinese-speaking bad faith actors” and one of its opinion writers claimed the group included “foreign hostile forces” perpetuating “psychological warfare against China.”

Chinese Weibo is heavy controlled, regulated and censored by the CCP authorities unlike Twitter and Facebook by the democratic governments. So, the Chinese government has a great say over what content will be allowed to fare unhindered on the Chinese internet. At a time when China is walking a tightrope between the West and Russia over the Russia-Ukraine war, the Great Translation Movement risks further denting China’s image in the Western world. CCP is frustrated and equally amazed at how a mere translation initiative has now started breathing hellfire down the neck of CCP’s carefully-deployed language barrier.