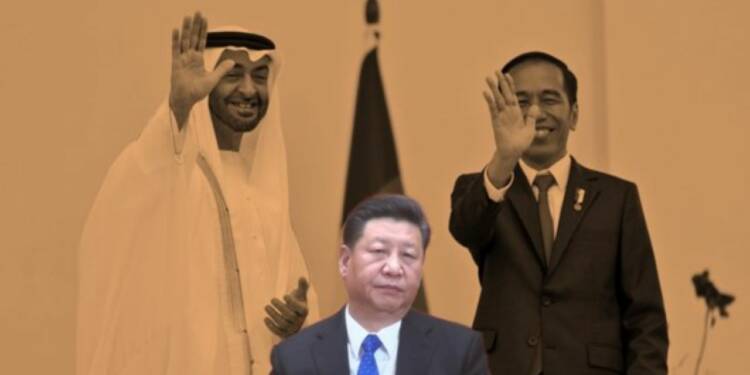 China’s persistent assertiveness in the South China Sea is making others in the region anxious. From the Philippines to Indonesia, almost every country has shared concerns over increasing China’s military presence in the region. To counter China’s intentions, countries in the region, including Indonesia, are arming themselves with weapons and ammunition. They are concentrating on their efforts to bolster military capabilities. For instance, Indonesia has been striving to improve its defence ties with the UAE.

Conflicts between Indonesia and China

Indonesia has been impacted by China’s assertiveness and claims to sovereignty in the South China Sea.

In the South China Sea, the Natuna islands are the subject of a bitter dispute between Indonesia and China. For the past five years, China has despatched large fishing boats into Indonesia’s exclusive economic zone (EEZ), often escorted by coast guard and maritime militia vessels, near the Natuna islands, which Beijing claims as part of its vast “nine-dash line.”

In December 2019 and January 2020, for example, around 60 vessels entered Indonesia’s EEZ. As a result, Indonesian concerns over China as a national security danger are completely reasonable.

As a result, Indonesia is striving to militarily fortify itself in response to China’s belligerence. Previously, the United States had a significant presence in Southeast Asia. However, things took a turn for worse during Biden’s leadership.  The US has had a bleak presence in the Indo-Pacific. Biden has had a singular purpose since taking office: to isolate Russia.

Furthermore, in the midst of the Russo-Ukraine crisis, Biden has been pressuring the US’s Indo-Pacific allies, notably ASEAN nations, to denounce Russia. He ignores the fact, however, that these countries are more concerned about China’s aggressive behaviour. As a result, while Biden is caught in his own world, Indonesia is exploring new defence linkages.

Indonesia sees the UAE as a beacon of hope for strengthening its military. Despite their huge historical, cultural, population, and geographic disparities, global and regional trends are allowing Indonesia and the UAE to pursue ‘shared aims’. Indonesia is very interested in filling the void left by the absence of the United States. Whereas for UAE, Indonesia serves as a commercial and investment hub for both Southeast and East Asia, providing a new market for the UAE as it attempts to diversify its economy away from oil exports.

When it comes to defence talks, the two countries have gradually attempted to strengthen their connections. In December 2019, the UAE’s minister of defence flew to Jakarta to finalise the sale of military equipment to the UAE by three Indonesian defence corporations, notably PT Pindad, PT Len Industri, and PT Dirgantara Indonesia. At its embassy in Jakarta, the UAE also established a defence attaché’s office. In addition, there has been a lot of beneficial collaboration between the two countries’ defence firms.

Furthermore,  Indonesia’s approach makes more sense because it is endorsed by the Indonesian people. According to a Bloomberg report, only one out of every three Indonesians supports Chinese investment in the country.

Jakarta never wants to be in a situation where it must cross a dangerous line with Beijing. To avoid this, the island nation is currently consistently working to establish a new partnership with the United Arab Emirates.