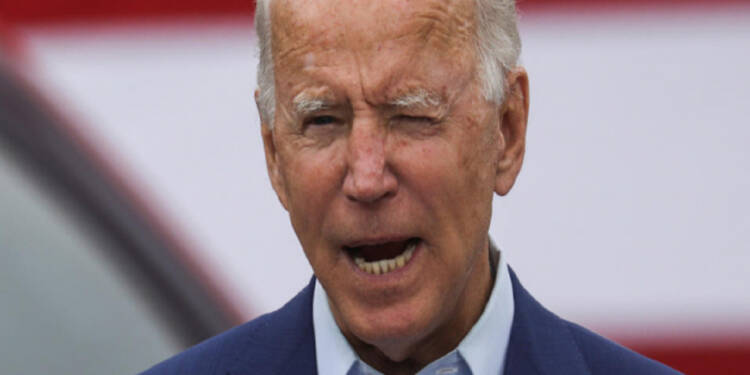 Biden and other Democrats have been consistent in criticizing the white community. His administration at multiple instances, has slammed the White Americans, calling them ‘White supremacists’, ‘domestic terrorists’, ‘bigots.’ and whatnot. Biden’s brigade has even taught the US’ law enforcement agency, the FBI, to think like them.

A recent judgement by the federal jury in the US, depicts how the Whites are labelled as ‘domestic terrorists’. The jury categorically said in their verdict that the charges against the defendants are nothing but a federal government ploy.

In the year 2020, four persons were accused of attempting to kidnap Michigan’s Governor Whitmer. But it was later found out, that they were only expressing their displeasure with Governer’s  Covid-19 approach. Unfortunately, the federal law enforcement officials mislabeled these protesters as ‘racists’ and ‘domestic extremists’. All the four of them were detained later on the false allegations.

Biden has a tendency of preferring the black community over whites . His speeches have made it abundantly clear.

Biden’s presidential address, which was widely praised, sparked a controversy when he attempted to correlate the rise of political extremism with the emergence of ‘White Supremacists,’ labeling the whites as ‘domestic terrorists’, who must be challenged and defeated.

In fact, in one of his joint addresses he said, “We won’t ignore what our intelligence agencies have determined to be the most lethal terrorist threat to our homeland today. White supremacy is terrorism”.

The feds appear to be dancing to liberals melodies. They’ve stoked an anti-white sentiment on a number of instances.

Four persons accused of attempting to kidnap Michigan’s Governor Whitmer , were in reality expressing their displeasure with Governor’s  Covid-19 approach. Unfortunately, the federal law enforcement officials mislabeled these protesters as ‘racists’ and ‘domestic extremists’. All the four of them were detained later on the false allegations.

It’s worth noting that these allegations were made just days before the presidential election.This clearly shows that the charges were made up in order to defame the Conservative Party and show that White supremacists and domestic extremists are a menace to society.

Nevertheless, this is not something that has surfaced for the first time. The democrats and the fed have always been critical of the whites. According to a survey, 47% of the Democrats see white nationalist groups in the United States as the greatest threat., while only 3% of the Republicans agree to that.

Attorney General Merrick B. Garland and Homeland Security Secretary Alejandro N. Mayorkas, both are of the opinion that “racially or ethnically motivated violent extremists” were the largest domestic threat faced by the US.

“Specifically those who advocate for the superiority of the white race,” Mr. Garland told the Senate Appropriations Committee.

FBI Director Wray in March 2021 said that white supremacists comprise “the biggest chunk of our domestic terrorism portfolio overall” and “have been responsible for the most lethal attacks over the last decade”.

The recent court judgement in the Whitmer case has revealed the role of FBI and deep state organizations in falsely accusing the whites and terrorists.